At the start of the 21st century, Cadillac had a plan to draw in a new crowd of young customers. The company needed a breakthrough, and they were going to bet big on a few models, including the XLR and the CTS. These vehicles would also be at the forefront of the new V-Series, a line-up of high-performance vehicles that would provide an ideal balance between speed and luxury.

A few months ago, we looked at how the market for XLRs and XLR-Vs has evolved over the past few years. But the rare XLR-V was the second vehicle to be introduced to the V-Series, as the CTS came first. And at the time, most people considered the CTS-V to be a luxurious, four-door Corvette Z06.

With 400 hp and 395 lb-ft (536 Nm) on tap, the first generation CTS-V delivered a strong blow to its competition after lapping the Nordschleife in 8 minutes and 19 seconds. That was slightly faster than a BMW M3 E46 but also slower than the new V10-powered M5.

As you can expect, the folks over at Cadillac couldn't just stand by and do nothing about that. Upgrading to the 6.0-liter LS2 engine for 2006 and 2007 didn't provide a significant boost in overall performance, so there was one thing left to do.

The second generation CTS-V came along in 2009. It was wider and longer than the first model, and it looked a lot better too. But car enthusiasts were most delighted to hear about what was hiding under the hood of this new car: a supercharged, 6.2-liter V8!

Looking at some of its competitors at the time, the CTS-V had more power than the M5 E60 and was on about the same level as the M5 F10. People who bought a CTS-V back then could choose between a Tremec TR-6060 six-speed manual gearbox or a 6L90 six-speed automatic.

With this setup, Cadillac went back to Germany and shaved 21 seconds off their Nordschleife lap time. The CTS-V held the record for the fastest production sedan on factory tires until the Porsche Panamera Turbo came along anyway.

The purpose of this story was to identify how the market for the first-generation and second-generation CTS-V models has evolved in the past few years. We won't be diving into the third generation, at least not for the time being. But before analyzing the auction history of the four-door muscle car over on BaT, there are two more things to acknowledge first.

First, Cadillac made a brilliant move by introducing the Coupe and Wagon body styles to the CTS-V. And second of all, less than 30,000 units made it out of the factory between 2004 to 2014. Only 2,139 of those were wagons, so that should provide a clue as to which model is the most expensive one to get.

The first CTS-V was listed on BaT back in 2017. There were just eight auctions that year, and a 2012 wagon was the most expensive car at $56,000. Year after year, more and more owners turned to this auction platform to sell their V.

By using simple math, you can get an idea of where this is all headed. The most expensive car auctioned off this year is also a wagon, one that features an Opulent Blue paint job. With just 18,000 miles (28,968 km) on the odometer and some tuning done to it, the new owner paid $121,000 to get this sleeper.

That's more than twice as expensive as the highest-priced CTS-V a few years ago. But let's continue to dig deeper so that we can paint a more eloquent picture. There were 23 successful auctions conducted in 2020, and the average price was calculated at $47,830.

With 27 cars sold in 2022, that figure has gone up to $56,371. That makes for an almost 18% increase in just two years. As you would expect, the cheapest way into CTS-V ownership is to get a first-generation model. But then you'd have to live with the outdated looks and the lack of a supercharger.

You might remember that Rob Dahm has got a CTS-V Coupe in his garage, and that's certainly one way to go if you want to own a genuine head-turner. A $40,000 budget should be enough to buy one but beware of any parts that might need replacing. If you fancy a more discreet look, the CTS-V Wagon sounds like the perfect sleeper. Getting one with a manual gearbox is going to cost you at least $50,000 if you're lucky.

But at the rate prices are increasing, you might end up with a profit five years from now if you can refrain from putting too many miles on them. The cars we've seen listed on BaT have anywhere between 362 miles (582 km) to 104,000 miles (167,371 km) on the odometer, and it's not hard to tell which one is going to fetch a premium price. Even so, the CTS-V should be capable of providing an exciting driving experience for a much smaller budget compared to the Ford GT, for instance. 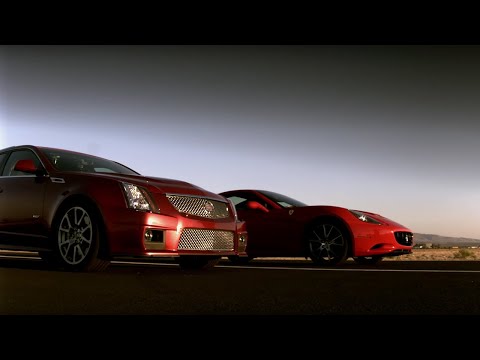 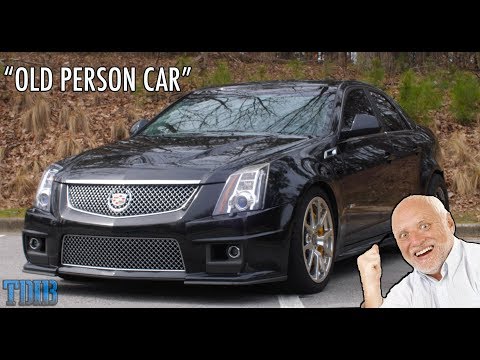 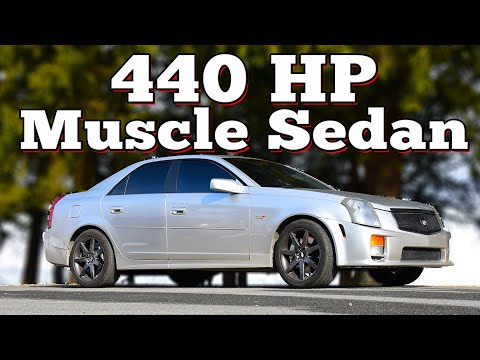 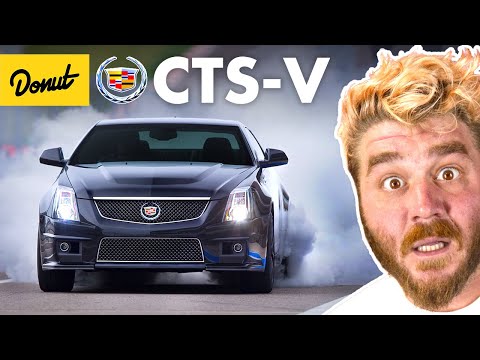