2 Cadillac Celestiq MSRP To Be Higher Than That of a Bentley Flying Spur, Bling Is Costly

3 Cadillac Celestiq Gets Teased Yet Again, Looks Fancy Enough for a Flagship

4 Cadillac Celestiq Gets Teased Again, Expect to See More of It This Summer

Cadillac decided that we’ve been waiting long enough to see the Celestiq EV and have released images and some specs for a pre-production model, or show car, as they like to call it. We’re pretty sure the final product will look very similar, if not nearly identical.
8 photos

Once it does break cover in series production guise, the Celestiq will instantly become Cadillac’s most advanced vehicle ever, and concurrently the brand’s battery-electric flagship.

For the styling of the Celestiq, Cadillac designers drew inspiration from classic architecture such as various mid-centry masterpieces, but also iconic American designs, hence the somewhat timeless aesthetic of this show car. It really looks like a design that’s unaffected by increased entropy, which is a nerdy way of saying that time doesn’t seem to pass it by.

The carmaker’s design and engineering teams also immersed themselves in early Cadillac designs such as that of bespoke V16-powered coaches of the pre-war era, or the hand-built 1957 Eldorado Brougham.

“Those vehicles represented the pinnacle of luxury in their respective eras, and helped make Cadillac the standard of the world,” explained the company’s chief engineer, Tony Roma. “The Celestiq show car – also a sedan, because the configuration offers the very best luxury experience – builds on that pedigree and captures the spirit of arrival they expressed.”

Its interior is perhaps even more spectacular than the exterior, featuring highlights such as a 55-inch advanced LED display (with active privacy technology), a variable-transmission Smart Glass Roof and Ultra Cruise. The latter is simply GM’s next evolution of its available hands-free driver assistance technology, which will absolutely make its way onto the production version of the Celestiq.

As for the Smart Glass Roof, it comes with something called Suspended Particle Device (SPD) technology, which allows for four zones of variable lighting, meaning each passenger can fine-tune their experience inside from a comfort and visibility standpoint.

“The Celestiq show car is the purest expression of Cadillac,” added Magalie Debellis, manager, Cadillac Advanced Design. “It brings to life the most integrated expressions of design and innovation in the brand’s history, coalescing in a defining statement of a true Cadillac flagship.”

Additional information regarding the production variant of the Celestiq will be announced later this year. 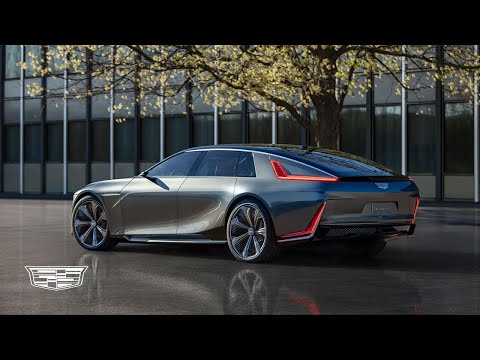