2 Rental Agent Shows How He Catches People Doing Donuts, Lets This One Slide

5 The Next Limited Edition C8 Corvette Could Be the World's Greatest Supercar, Here's How
Car video reviews:
Up Next

For the 2023 model year, the Chevrolet Corvette Z06 has been redesigned from the ground up with plenty of go-faster goodies. From the widebody kit to those humongous rear tires and optional carbon-fiber wheels, there’s a lot to like about the mid-engine sports car with an FPC V8.
25 photos

The dual-clutch transaxle is different from the Stingray as well, starting with the regular production order code. Identified as M1M rather than M1L, this eight-speed box is a thoroughly improved version of the Stingray’s M1L.

In terms of improvements, the list begins with extra torque capacity for the clutches by means of an additional odd clutch plate. The strengthened hub and basket also need to be mentioned, along with a numerically higher final drive. According to Corvette program engineering manager Josh Holder, we’re dealing with a 5.56:1 final-drive ratio instead of 5.2:1 for the Stingray Z51 and 4.9:1 for the Stingray. A strengthened case and bellhousing also need to be mentioned, along with a different lubrication system that doesn’t need additional fluid before you hit the track in your all-new sports car.

The M1M further boasts larger output shaft flanges to support the high-strength half shafts. As you’re well aware, Chevrolet recalled the Stingray in February 2022 over rear half shafts with missing ball bearings. Owners who boosted their Stingrays with turbos or blowers also know that you need stronger rear axles like the 1,500-hp bad boys from Cicio Performance.

Assembled in Wixom, Michigan by the peeps at Tremec, the M1M integrates an electronic limited-slip differential. This extremely clever transaxle has also enabled the addition of Custom Launch Control, which allows the user to set the launch RPMs in increments of 500 revolutions per minute. Custom Launch Control further allows the user to set the slip target (wheel spin) from 5 to 15 percent as per the owner’s manual attached at the end of this story. 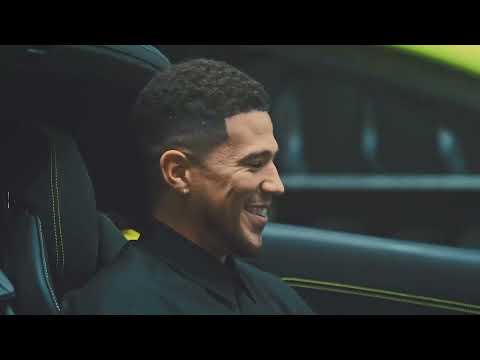