Mircea Panait
Arguably the most anticipated sports car of 2022, the 2023 model year Corvette Z06 is a wowzer in every respect. From the wide-bodied exterior makeover to the optional carbon-fiber wheels, there’s a lot to like about this car, but nothing tops the screaming V8 hiding under the rear deck.
21 photos

We’ve already heard the car’s induction and exhaust sounds in official videos from Chevrolet, but have you wondered how the Z06 sounds from the cabin? Fret no more because EddieX had the opportunity of riding in a camouflaged prototype with production-spec hardware. Formerly the other half of Vehicle Virgins, the car vlogger is visibly electrified by the LT6 powerplant.

He also notices how quick the revs climb when you give it the beans, which is exactly what you’d expect from a flat-plane crankshaft. In the absence of the heavy counterweights found on cross-plane crankshafts, this fellow can rev so easily thanks to reduced rotational mass and a lower inertia point.

Hailed as the most powerful naturally-aspirated V8 fitted to a production vehicle, the LT6 pumps out 670 ponies at 8,400 revolutions per minute and 460 pound-feet (623 Nm) of torque at 6,300 rpm. The LT2 small block in the Stingray features more torque, I’ll give you that, but we shouldn’t forget that the all-new Z06 makes more power than the supercharged C7 Z06.

Scheduled to enter production next summer in Bowling Green, Kentucky alongside the 2023 model year Stingray, the C8 Z06 won’t be cheap. For the sake of future reference, the C7 Z06 used to retail from $80,900. 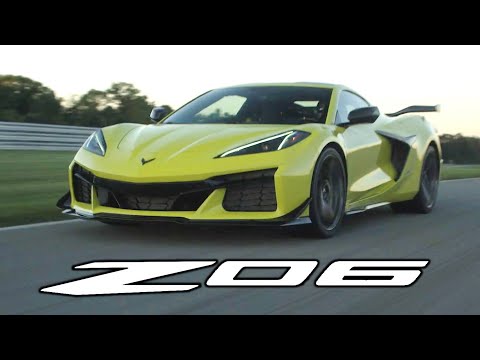