Here Comes Behind the Scenes, Bomb-Related Action With the BMW X5 Protection VR6

Renting expensive cars is a hard business. There are customers willing to pony up top dollar for the service, but people who rent an expensive car drive it like they stole it because a ‘Vette is more exciting than a Camry.
28 photos

Be that as it may, Rob Ferretti didn’t have too many problems with renting a mid-engined Corvette for more than a year now. Delivered in March 2020 with nine miles on the clock, the orange-painted Stingray racked up 19,974 miles (32,145 kilometers) and doesn’t show too much wear inside and out.

The biggest problem Rob had with the C8 was damaged paint on the frunk and A-pillars at 5,853 miles (9,419 kilometers), most probably from people standing on the frunk, and a hardtop that slid down the windshield. At the present moment, the rental Corvette is hampered down by a check engine light that sometimes goes away on its own. As it happens, the check engine light concerns the transmission fluid pressure of the eight-speed transaxle.

After a visit to the dealership, the error code went away with a simple update “of the solenoid pins or something like that. This car’s doing really well. I’m very happy with it,” said Rob, especially because the seat bolsters and steering wheel are still perfect, and the black-painted wheels haven’t been scratched over the past 20,000 miles. “This thing crushes the game. It’s still probably our most popular car, more popular than the C7s that we had.”

While on the subject of mid-engined Corvettes, the C8 is preparing to enter the 2022 model year with three new colors for the exterior: Caffeine Metallic, Hypersonic Gray Metallic, and Amplify Orange Tintcoat. They replace Zeus Bronze, Shadow Gray, and Sebring Orange, and Chevy will also roll out a low-profile spoiler under regular production order code TVS.

However, the big news is that Chevrolet doesn’t allow National Corvette Museum staff to enter the Bowling Green factory for the remainder of the 2021 model year. In other words, the assembly plant is gearing up for the wide-bodied Z06 performance variant with a flat-plane V8. 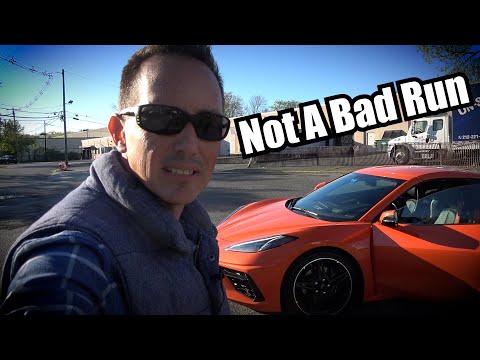