We’re almost ready for the official introduction of the third model year for the mid-engine C8 generation of the Corvette, but that doesn’t mean the initial version has already depleted all the racing options against competitors. So, here’s a classic domestic versus import battle between two mid-engined sports cars, both in autocross and then running the traditional quarter-mile.
32 photos

We have seen a lot of C8 Corvette battles at the drag strip, but in case anyone wondered how the Chevy fares against a nimble opponent such as the Porsche 718 Cayman S in Autocross, here’s Matt from the RearWheelDrive channel on YouTube and fellow vlogger Lewis from DriveMore718 answering the call.

A little disclaimer is clearly in order because the guys have a makeshift course with cones arranged in what looks like a secluded industrial zone. At least they’re not up to street racing shenanigans, and they’re keeping it pretty safe for other traffic participants.

As far as the technical specifications are concerned, the ‘Vette seems to have the edge thanks to its mighty 6.2-liter pushing out those Stingray Z51-prepared 495 ponies. Meanwhile, the little 718 Cayman S packs a very light and compact 2.5-liter flat-four that’s turbocharged to 345 horsepower. The gap is there, but the feisty PDK, the small and technical course, as well as the Porsche's smaller dimensions might level the playing field.

As it turns out by the end of the first video embedded below, it’s ultimately not enough to beat the minty, Accelerate Yellow C8. Bonus feature: a Corvette’s exhaust voice is amazing when many buildings surround the sports car.

In the second video, we find out the guys have escalated their rivalry by taking the Corvette and the 718 Cayman S for some drag racing bonanza at Racewars in Gainesville, Florida. This time around, there’s a lot more talking in between the action pieces, and we also have to note they’re competing in a bracket drag racing event.

In case anyone wants the high points, their first drag race together (apparently Lewis is the first time at the strip) comes in from the 2:37 mark, and again the C8 Corvette edges out the German rival even after a slower start (launch control didn’t activate, actually). The deciding point comes at the 18:55 mark after a nice Corvette burnout (from another Chevy at the 17-minute mark), and Mark’s win clearly settles the case.

There’s an added bonus here as well—the C8 then meets a classic Camaro from the 24-minute mark, and we’ll let you enjoy the outcome without spilling the beans. 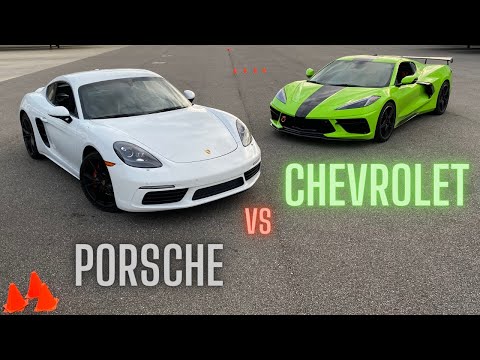 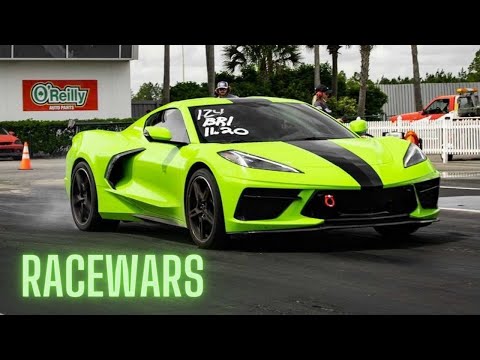