2 Geely and BYD Cars in Europe Starting in 2010 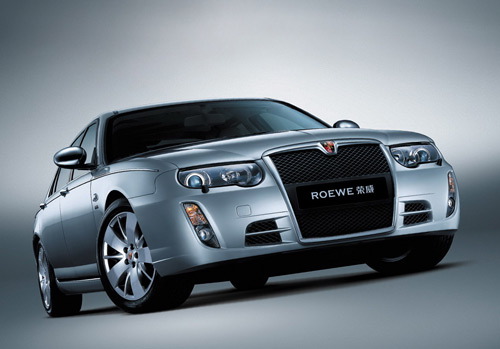 Just as we told you yesterday, Chinese manufacturer BYD signed a deal with a major local carmaker to supply lithium-ion batteries for powering a future electric vehicle. Today, the name of the secret partner is finally unveiled. It appears that SAIC is the company that will benefit from BYD's lithium-ion batteries which are said to last for 600,000 km, which means they can be recharged for approximately 2,000 times.

A report by gasgoo.com citing the Beijing News revealed that SAIC will purchase the batteries to power its Roewe hybrid vehicles that are expected to hit the market next year. Preliminary figures are claiming the hybrids can improve fuel efficiency by 20 percent compared to the current models, the source added.

Details on the deal are still unknown but BYD continues its efforts to become a leader in electric and hybrid sectors. The company said a few months ago that it will partner with several companies in the auto industry, as electric vehicles are an "opportunity" and focusing on them could bring back positive results.

"We are in talks with a number of foreign companies. We will supply the partner with our battery products in the cooperation, but we are not selling the technology," Henry Z. Li, general manager of BYD Auto's export division, said in April.

"Electric vehicles are an opportunity. The issue is how we can seize the opportunity and bring our advantage into play. New energy vehicles will gain a bigger market share and we are riding the trend... I believe we will be able to make the division break even within five years," Li added.