1 Guns and Hummers Dealership, for All Your Shooting Needs 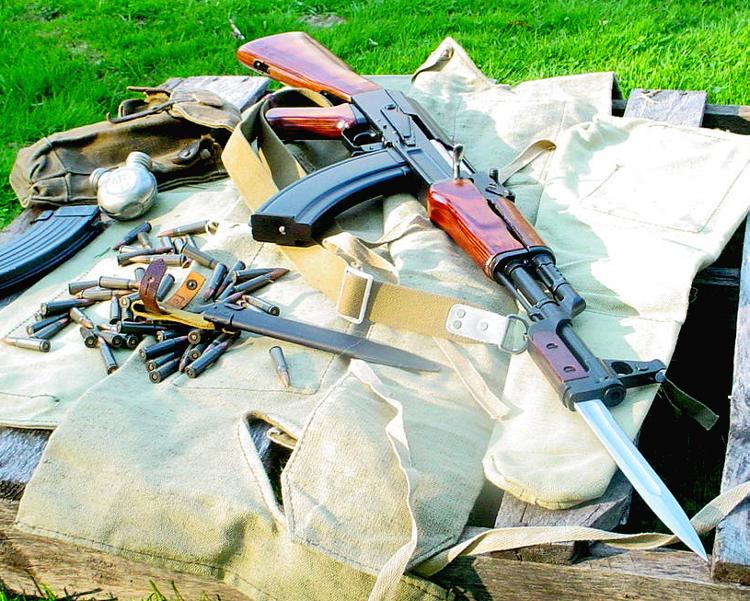 A truck dealership located in Sanford, Florida is running an unusual promotion, trying to get the attention of rednecks and hillbillies who might not already have a pick-up truck and an AK-47 to go with it. The dealer is giving away a free AK-47 automated rifle with every used truck they sell.

According to the sales manager at Nations Trucks dealership, Nick Ginetta, the incentive is paying off, as they received 47 appointments when normally only three would come in. It seems Americans have a thing for guns, even those made on Soviet land, as if they forgot all about the Cold War.

The promotion which lasts until the end of the month is actually for $400 vouchers to a local gun store. Customers still have to go through the application process and qualify under state and federal law. Ginetta said that buyers who don't want a gun will be given cash.

Ginetta also said that he knows some people disagree with his way of doing business, but he believes this will stimulate revenues. He said he also believes that it's a perfect Veteran's Day promotion.

"We started on Veterans Day, saying, 'Hey, so many have given so much for this right,'" Ginetta said.

Phillip Adams, a veteran, said the promotion is a bad idea: "An AK-47 is a very dangerous weapon." He added he'd rather they give customers a free flag with a pole to put up in their yard.

"That would be a lot more supportive for our country and our veterans," Adams said.

This is not the first promotion of this type. Last year, a car dealership in Missouri offered free .50 caliber Barrett sniper rifles with the purchase of a new Dodge Viper.