2 Transformers: The Last Knight Bumblebee Is Based On 2016 Chevrolet Camaro

3 The Best and Worst Incarnations of the Chevrolet Camaro

Daniel Patrascu
Goodbye, Michael Bay. Farewell, Mark Wahlberg. Adios, Camaro Bumblebee. The first trailer for the Transformers spinoff movie Bumblebee is here, and boy are we in for some surprises.
1 photo
Simply called Bumblebee, the movie centered around kids’ favorite Transformer will be launched in cinemas this Christmas, starring Hailee Steinfeld as the main character, Martin Short as something’s voice and Ford’s most loathed customer, John Cena, apparently as the bad guy.

We’re not quite sure about the exact plot of the movie. Judging by the two or so minutes long trailer, it’s not an origin story per se, despite the claim at the end that “every adventure has a beginning.” An origin story in the truest sense should have had Cybertron, Decepticons, and Optimus, of course, in it.

We’re not sure what the connection to Michael Bay’s movies is, if any. Officially, the movie takes place in 1987, after Bumblebee finds refuge in a junkyard in a small Californian beach town. Chronologically, that’s before Optimus came here looking for the AllSpark and met Ladiesman217 on eBay.

This motion picture is directed by the man that brought us timeless classics like ParaNorman or BoxTrolls, Travis Knight.
For some reason, perhaps because of chronology, he decided to make Bee look more like a scared teen than a metal warrior with no voice.

Its overall look too is entirely different than Bay’s interpretation. As a robot, there's no common ground betweent the two, except perhaps for the eyes. In car mode, Knight decided to show the character as a Volkswagen Beetle, throwing down the drain decades of pure American muscle car incarnations and returning to the original car mode of the 1980s toys.

It remains to be seen whether this new line of Transformer movies sticks or not. A non-Bay Transformers movie is a first for our planet, and having a woman (Christina Hodson) make up the story for the new movie might prove to be the right choice. 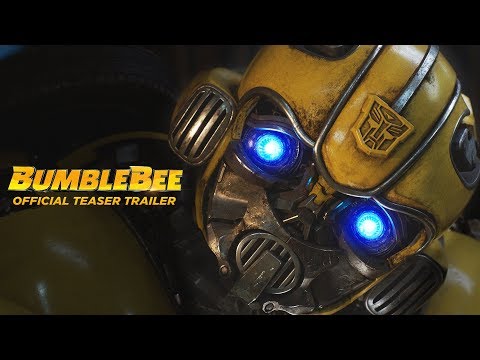