Home > News > Videogames
Cosmin Vasile
Games that involve engineering, construction, exploration, and survival in space have been quite successful lately, so the recent announcement of Spaceflight Simulator has us very excited. Technically, this isn’t a new game since it’s already available on iOS and Android devices, but next year will mark its debut on additional platforms like PC and Nintendo Switch.
13 photos

In Spaceflight Simulator, you’ll be able to build your own rocket and explore the universe. More importantly, if you’re not already a rocket scientist, this game will certainly teach you a thing or two since it features real-life physics.

Since it’s based on real-life physics, it makes perfect sense for the solar system that you’ll be able to explore to be realistically sized. Depending on what path you choose, you’ll be able to experience the extreme heat and dense atmosphere of Venus or the cold, red, dusky mountains of Mars. You can even land on the Moon as a beginner’s project.

To build an advanced spaceship, you’ll have to choose from a range of parts like fuel tanks, payload systems, and engines that feature accurate rocket physics. Then, depending on how good your spaceships turn out to be, you’ll be capable of flying deeper into the Milky Way.

For hardcore fans, the game also includes the possibility to recreate iconic SpaceX, Apollo, and NASA rockets. Hopefully, these will get you far into the unknown, but we’d rather let our imagination run free and build something unique given the chance.

Now, the bad news is you can’t play Spaceflight Simulator on PC just yet. However, the game will arrive on Steam Early Access in Q1 2022, and it will cost just $12. The PC version will also include the Parts, Skins, Planets, and Bundle DLC that’s now available on mobile. Finally, a Switch release is in the cards too, so if you’d rather play this on Nintendo’s gaming console, you’ll definitely be able to. 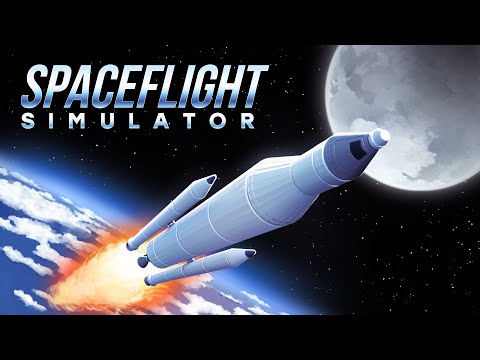