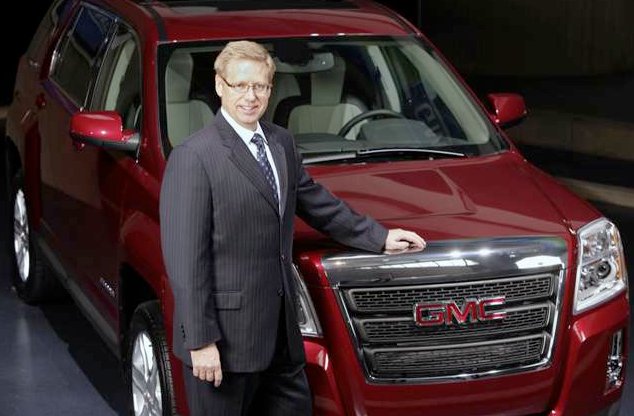 After only nine days on the job, Buick GMC’s General Manager Michael Richards quit. Richards left the company in order to “pursue other career opportunities.” Before taking the job at General Motors, he worked as vice president of marketing and sales for Trilogy, based in Austin, Texas. He was also a consultant to J.D. Power and Associates in Troy, Michigan.

Michael Richards told GM he was leaving in the same day the company announced that the head of the Chevrolet brand, Brent Dewar, was being replaced. Dewar has been with GM for 31 years and was appointed to the current position by CEO Fritz Henderson in July.

Dewar, who was previously GM Europe's vice president, sales, marketing and aftersales, was known to be closely aligned with Henderson, who resigned under board of director’s pressure last week.

"He was a Fritz guy and that can put you in some element of concern," said Rebecca Lindland, IHS Global Insight director of automotive research. "The GM-lifer stamp is not a stamp of approval. These are people whose careers are measured in decades and now the results are measured in months."

For the moment, Michael Richards will pe replaced by Brian Sweeney, while Dewar is being replaced by James Campbell, who ran GM's fleet and commercial operations.

"Jim (Campbell) has a strong track record of building relationships and partnerships with dealers and customers, and deep Chevrolet experience," said Susan Docherty, GM's vice president of sales, service and marketing. "His energy, drive for results and willingness to take risks are great assets for leading the growing global Chevrolet brand."