2 Laguna Seca Can Be Experienced in a Bugatti Veyron

3 Top 5 Fastest Production Cars of All Time
Car video reviews:
Up Next 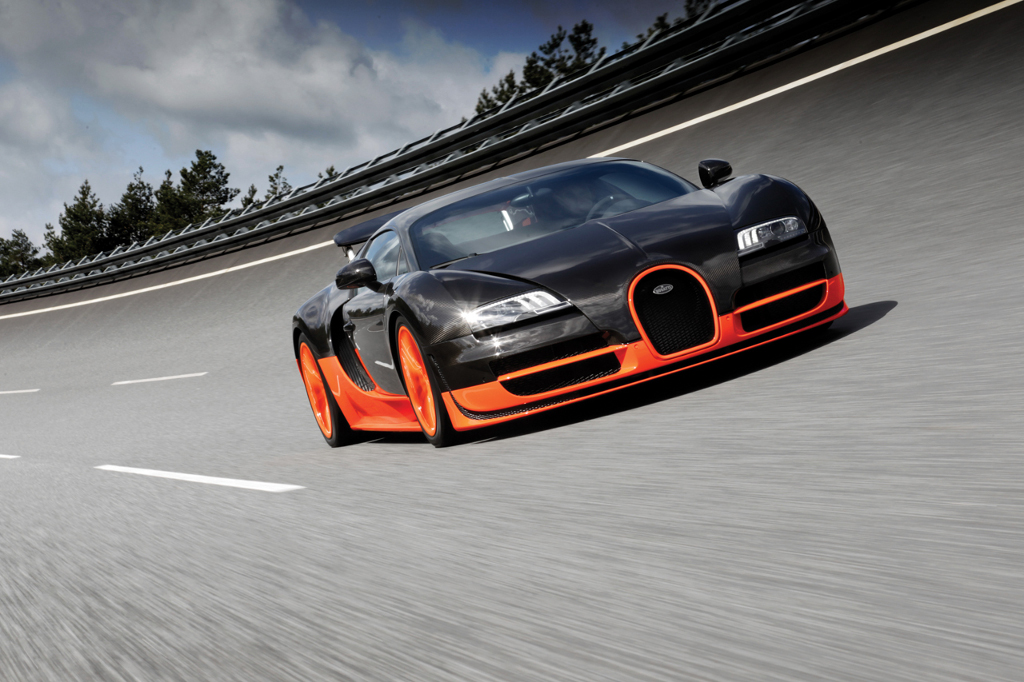 Bugatti’s latest Veyron version, the Super Sport, was taken to the track this weekend, where it managed to achieve a new landspeed world record for production cars, the company announced today. In fact, the new Bugatti Veyron 16.4 Super Sport averaged 431 km/h (268 mph) on Volkswagen's Ehra-Lessian grounds, in front of representatives from the German Technical Inspection Agency (TUV) and the Guinness Book of Records.

The orange/black car was driven by Bugatti’s official test pilot Henri Raphanel, who managed to take even the company’s engineering team by surprise. "We took it that we would reach an average value of 425 km/h," Bugatti's chief engineer Wolfgang Schreiber said in a release, "but the conditions today were perfect and allowed even more."

But what is so special about the Super Sport? Well, first off, the engine output has been increased from 1,001 horsepower to 1,200 horsepower and some 1,106 pound-feet of torque (1,500 Nm). This unit is mated to a seven-speed twin clutch gearbox. Secondly, the car also benefits from a newly developed aerodynamic kit, a redesigned chassis and an all-carbon fiber body structure.

The new Super Sport will be known as the World Record Edition and comes in the same black carbon and orange finish as the car that used to set the record. Production will be limited to just 5 units, all of which have reportedly been sold. Each example will have an electronically limited top speed of 258 mph (415 km/h) for tire protection.

This special edition will enter production this autumn, and is scheduled to make its public debut in California at the Pebble Beach Concours in mid-August. Pricing, however, is yet to be revealed.