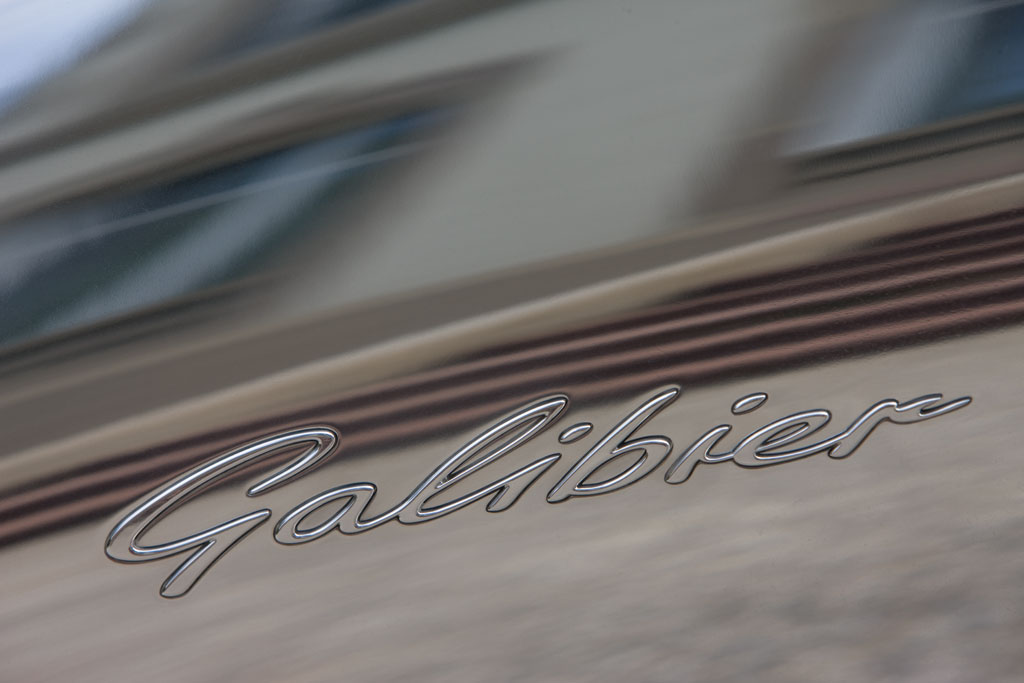 Bugatti 16C Galibier is still an enigma for most of us, in spite of the photos the parent manufacturer released every once in a while. However, the first public appearance of the car will take place at the Los Angeles Auto Show on December 5, the company announced in an official press release.

Only a few customers got the chance to see the car as Bugatti attempted to get some feedback before the public debut from a limited number of potential customers and analysts. Still in concept form, the car is slated to enter production next year but such information is yet to be confirmed by Bugatti.

What we do know is that the Galibier is powered by an 8-liter 16-cylinder engine equipped with a two-stage supercharger. Power output will be released at a later date, probably at the LA Auto Show.

Earlier rumors indicated that the car will indeed go in production in 2010, with Bugatti currently considering a price of around $1.45 million.

Inside, the Galibier is as luxurious as a Bugatti can be. Power and speed dials are mounted on the center of the dashboard alongside a clock designed by Swiss maker Parmigiani. The dashboard indicator is pointing to a maximum speed of 390km/h (242mph) but things might be a bit different on the production version.

As you can see, there are still a lot of details to be clarified when talking about Bugatti Galibier so expect the full press release and the entire list of specs to be released next month during the US show.