3 McLaren 675LT Begins Production, All 500 Units Are Already Sold Out

Wire McLaren P1 Is Not Hypercar Art, Or Is It?

Former Formula 1 and current McLaren GT factory driver Bruno Senna has joined the McLaren P1 GTR Driver Programme and will act as mentor at each of the exclusive events.
1 photo
In case you didn't know, Bruno Senna is the nephew of the late Ayrton Senna, three-time Formula One world champion. His mentoring duty will involve working closely with each of the tailored programmes.

In other words, the driver will prepare customers for the track experience. Preparation sessions will include a race seat fitting demonstration, Human Performance Centre assessment, and final discussions around design and livery.

From here, and ahead of each event, drivers will have access to the McLaren racing simulator to familiarise themselves with the circuit.

"The bespoke Driver Programme has been designed to ensure each driver is prepared, mentally and physically, to make the most of the car and the track. The stages are the same as a professional racing driver would go through for a race weekend, whether it is a GT race or in Formula 1, and the team on the ground at each event will be working closely with the drivers to hone skill levels and push them beyond what they believe is possible," said Bruno Senna.

Well, we don't doubt the necessity of such training stages, especially when the McLaren P1 GTR is a track beast that can unleash no less than 1,000 horsepower while it managed to drop 50 kilos off its body compared to the standard - if we can call it that - hybrid P1 it is based on.

That giant rear wing and the aggressive air splitter at the front are only the beginning of a long list of race-oriented changes, since all the major components were upgraded. After all, the P1 GTR has to compete with the LaFerrari FXX K hypercar, so there's no room for weak spots. 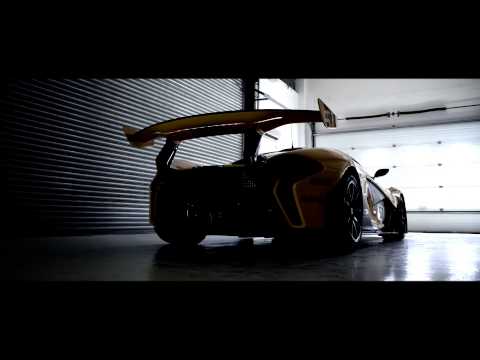