Britney Spears Facing Jail Time for Driving Without a License 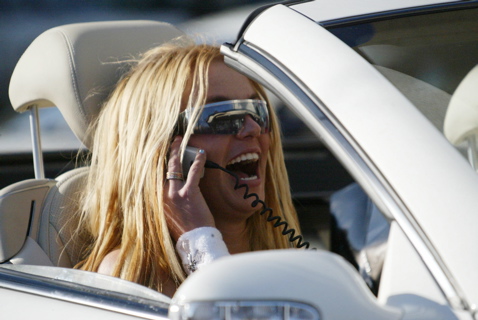 This is why famous people always get hotshot lawyers, so they don't even have to go to court when they're on trial for something and are facing the possibility of going to jail.

Pop star Britney Spears has done a lot of things in the last year and a half had people outraged, but out of the whole bunch, who would have thought that driving around Hollywood without a valid California license could see her behind bars? Not Britney, that's for sure.

Updates on her trial which began this week are now emerging. It seems that the pop star decided to avoid the court room and instead chose her fancy lawyer to get her out of becoming an inmate of that state. So far, the judge isn't proving to be very lenient, already denying the pop singer for her case to be thrown out of court if she pleaded guilty.

That's why her representative, J. Michael Flanagan, is trying his best to convince the jury that since Britney is a resident of Louisiana, she didn't commit a crime. “She was residing in California – I'm not trying to get tricky with the terminology – but 'resident' has a different definition” Flanagan declared.

The reason why Brit has not showed up in court seems to be the fact that she is charged with a misdemeanor, which in American law allows you to miss the actual trial. Were she charged with a more felony, than her presence in the courtroom would have been mandatory.

In case nothing works out the way the lawyers want it, the pop princess could be looking at a maximum sentence of 6 months in prison, but it's more likely that she'll be fined and put under probation. This means that she has to keep her record clean, which in turn would imply that she'd better stay away from any steering wheel in her near future and especially any paparazzi feet.