3 What Do Dynamite, X-Rays, Alfred Einstein, and an Oil Tanker Have in Common? A Nobel

An Old Abbey GTS Vogue 417 Trailer Is Reborn Into Glitzy Nail Salon, on the Cheap

British Divers Find the First U.S. Destroyer That Was Sunk in World War I

It took just eight minutes to sink to the bottom of the ocean, but more than 100 years for its parts to be rediscovered and retrieved. A military ship with a fascinating story and tragic ending is now coming back to the surface, both literally and metaphorically.
6 photos

When hearing of a ship that’s been on many people’s wish list, our minds would go straight away to the latest boats that are packed with technological innovations and design gimmicks. But those who are passionate about history and adventure have different kinds of wish lists, one that’s filled with shipwrecks. Many have hoped to find what was left of USS Jacob Jones. Unexpectedly, a team of British deep divers accomplished that dream after a century.

SWNS shared footage of the U.S. shipwreck discovery, after a team of divers located it a few days ago, approximately 40 miles (64.7 km) off the coast of the Isles of Scilly, near Cornwall. The parts that were found include the engine and the ship’s bell.

The USS Jacob Jones destroyer has a special meaning because it was the first of its kind to be lost in the First World War. Built as one of the six vessels in the Tucker class, it was commissioned into the U.S. Navy in 1916. It has been sponsored by Mrs. Jerome Parker Crittendom, the great-granddaughter of Commodore Jacob Jones.

December 6, 1917, would be a fatal day for the new destroyer. A torpedo fired from the German submarine U-53 managed to hit the starboard side. Because the ship was sinking so fast, the crew didn’t get the chance to secure the anti-submarine armed depth charges, which exploded. In only eight minutes, the USS Jacob Jones was history.

Out of 110 people on board, 66 did not survive. According to the Maritime Archaeology Trust, despite the tragedy, the German U-boat’s commander radioed the ship’s position to its base, which helped save many lives.

Even though it had such a short life (it started operating in May 1917 and was torpedoed in December that same year), Jacob Jones left a positive mark. Ironically, it was in charge of rescuing men from torpedoed ships out of the U.S. base in Ireland. It did its job so well that it was credited with the greatest number of rescued survivors out of all U.S. destroyers operating in European waters. USS Jacob Jones saved 374 people before tragically losing most of its crew.

This heroic ship would be remembered as the first U.S. destroyer to be lost to enemy action. Since 1917, its wreck stayed hidden off the Isles of Scilly and was now finally discovered. It’s certainly one of this year’s most exciting finds to be treasured by generations to come. 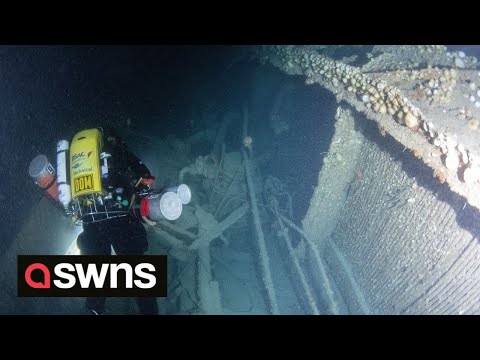