2 Button Will Not Push for Title at Suzuka

Brawn Vows to Keep Tension Between Drivers to a Minimum 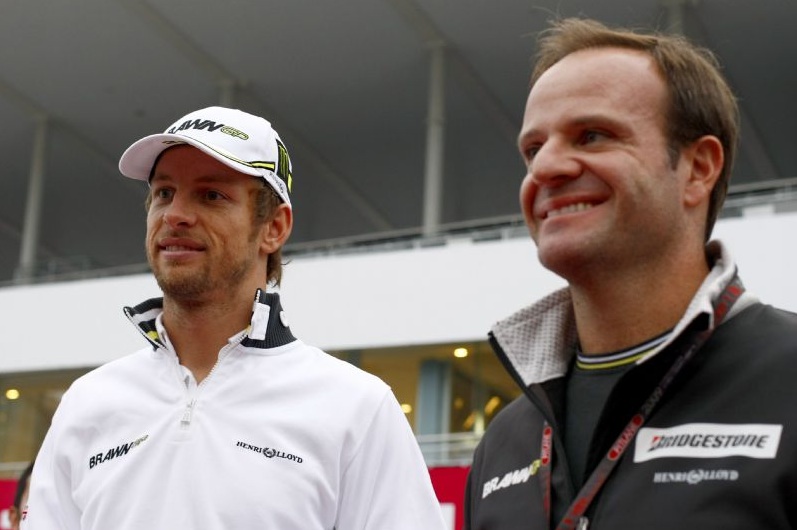 Having both of your drivers fight for the championship title is usually a tough job for most of the team bosses. It's one thing to have a driver fighting for the world title and the other one play the lieutenant role (while both fighting for points in the manufacturers' race) and another to have two teammates chipping points from each other race after race.

While Ross Brawn thanks God the team didn't suffer in the manufacturers' classification due to the title fight between Jenson Button and Rubens Barrichello, maintaing a good non-tensioned spirit within the team seems like a far tougher job.

Earlier this year, when Barrichello was clearly the slowest of the two drivers, the Brazilian complained about his team and mechanics. He even burst at his team boss after the German Grand Prix, when he felt frustrated with how his mechanics and race engineer built up his race strategy.

Now that only 14 points separate the Brawn duo in the overall classification – with 2 races to go – Brawn vows to fight for a good and decent spirit within the Brackley headquarters. Prior to the Brazilian GP, where Barrichello has a good chance of closing the gap on his teammate before his home crowd, Brawn revealed he'll try to “work diligently, intelligently and carefully” in order to minimize the tension between the two drivers.

“You just look around and make sure there is no tensions creeping in that can be negative and if there are then you deal with them. But that's as much as you can do. Work as well as you can, as precisely as you can, in much the same way as you have before. It has been a very up and down season this year. It has been very difficult to predict how you are going to do at each race,” said Brawn.

Regardless of how things will work out in the drivers' race, Brawn GP are only a few points away from securing their first ever Formula One title, which Button revealed it will be very emotional for Brawn himself.

“If it does happen congratulations to everyone, it is going to be a very emotional moment for them and well done to the big man, well done to Ross Brawn. He has achieved a lot in his Formula One career, but this is very different, being a team owner and also after such a difficult winter. We didn't even think we would be on the grid in Australia,” said Button.