Magna Could Move Ampera Production Outside the UK 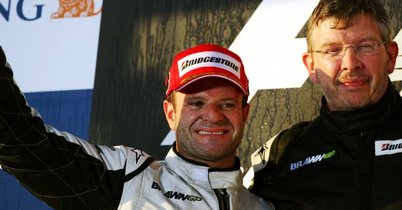 Rubens Barrichello was anything but happy with how things went during last weekend's Turkish Grand Prix, as the Brazilian driver hinted that Jenson Button's good form in the first 7 rounds of the season may have to do with team orders. Although not literally spelling it out for the media, the F1 veteran characterized as “odd” the fact that most mechanical problems with the BGP 001 happened in his back yard this year.

While reminding Ross Brawn that he encountered several problems with his car in both Australia and Turkey – unlike Button's smooth ride throughout the first 7 rounds of the year – Barrichello also urged his team to be more careful when setting his car. He also expressed hopes that team order will not come into play at the Brackley based team.

Responding to those “accusations”, the former Ferrari technical and current owner of Brawn GP insisted that the discussion about team orders didn't even cross his mind, especially since the season is yet to reach its mid point. He did, however, suggest that the concept might be picked up by his team in the closing stages of 2009, depending on the situation at the top of the standings.

“There are phases early in the season when you can't favor one driver over the other and you should let the season run. Of course, you may reach a phase towards the end where you have to make decisions, and we'll make those decisions if we have to, but at this stage there is no wish to make those decisions,” revealed Brawn for British publication Daily Express.

Ten races to go into the season, Barrichello is a massive 26 points behind teammate Button in the drivers' classification, with Red Bull Racing's Sebastian Vettel in 3rd place, some further 6 points behind. In the constructors' standings, Brawn GP's leading margin over second placed RBR is now 39.5 points.