3 Virgin - Brawn Deal to Expire after the Malaysian Grand Prix 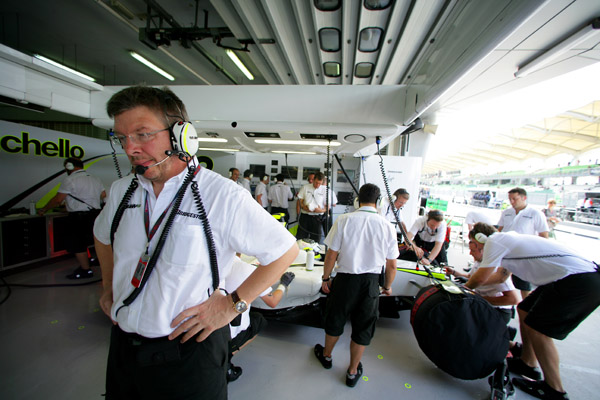 Ross Brawn revealed Japanese manufacturer Honda are very frustrated for quitting the world of Formula 1 at the end of the 2008 season. Considering the Brackley-based team have gone on to win the first two races of the season – both from pole position – Honda's decision to withdraw now seems kind of uninspired.

Honda have put a lot of money into preparing a great aerodynamic package for the 2009 season, aiming for the world title this year. However, due to the economic regression in late 2008, the Japanese company decided to put an end to their F1 involvement. Brawn insisted it's a shame they didn't got to enjoy their investment this year.

“I'm sure they were very frustrated at having to withdraw. I've had many notes from senior people at Honda, so they are frustrated because obviously the team has moved forward, but it was a necessity for their business,” said Brawn in an interview for Bloomberg news agency.

Formula 1 boss Bernie Ecclestone also expressed his surprise with Honda withdrawing from the sport, especially since they pumped million of dollars into their 2009 programme throughout the entire last season. Added the “inside information” on Brawn's technical & aerodynamic package for 2009, Honda's decision to leave is unexplainable.

“They'd spent an awful lot of money, hadn't gotten anywhere and probably didn't realise the potential. I'm sure if they had, they wouldn't have gone because all this would have been Honda otherwise,” argued the 78-year old Englishman.