3 Brawn GP Will Not Receive Commercial Revenues for 2009

Brawn GP Yet to Decide on Team's Title Sponsorship 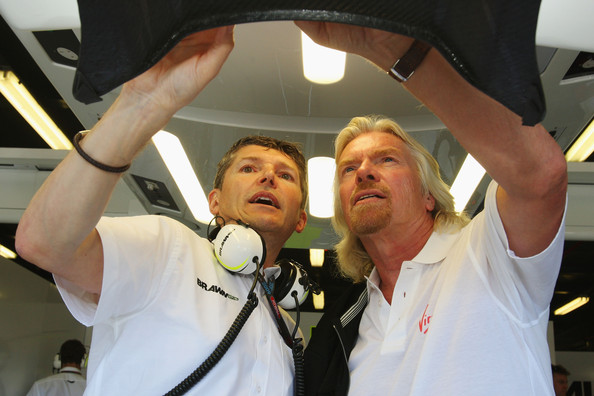 The financial situation of Brawn GP certainly took a 180 degrees change during the past few months. If the Brackley based team was in desperate need of a title sponsor weeks before the official start of the 2009 F1 season, team owner Ross Brawn and CEO Nick Fry are now taking their time to evaluate the best options for the remainder of the 2009 season.

Thanks to the BGP 001's immense success in the first 5 races of the season, plenty of investors have started to show a growing interest in becoming title sponsors for the former Honda works team. Virgin Group was one of the first major company to consider it, but, according to Fry, they are certainly not the only one now bidding.

In an interview with British magazine AUTOSPORT, Fry reckons there are plenty of offers on the table at the moment and that nobody wants to rush the title sponsorship decision.

“The situation will change when we make the decision to change it. We have a lot of offers on the table and we are not badly off for this year. We can do the job with the money and resources that we have got at the moment,” said Fry, according to the aforementioned publication.

“What Ross [Brawn] and I are looking for is the best solution for the next five years, and we don't need to hurry. We have obviously had a kind offer from Virgin but there are other offers on the table from big companies who perhaps can't move as quickly as a company as entrepreneurial as Virgin. We are biding our time, not panicking, I am sure you will see more sponsors on the car but it will be done in a considered way.”

As reported by autoevolution earlier this month, the price rates for Brawn GP sponsorship have gone up as compared to the beginning of the year, due to the team's incredible performances this season. With 4 out of 5 wins and an additional 3 podium appearances, Brawn GP is on top of the manufacturers' classification, 29.5 points ahead of nearest rivals Red Bull Racing.