Branson to Play Stewardess for AirAsia after Losing Bet 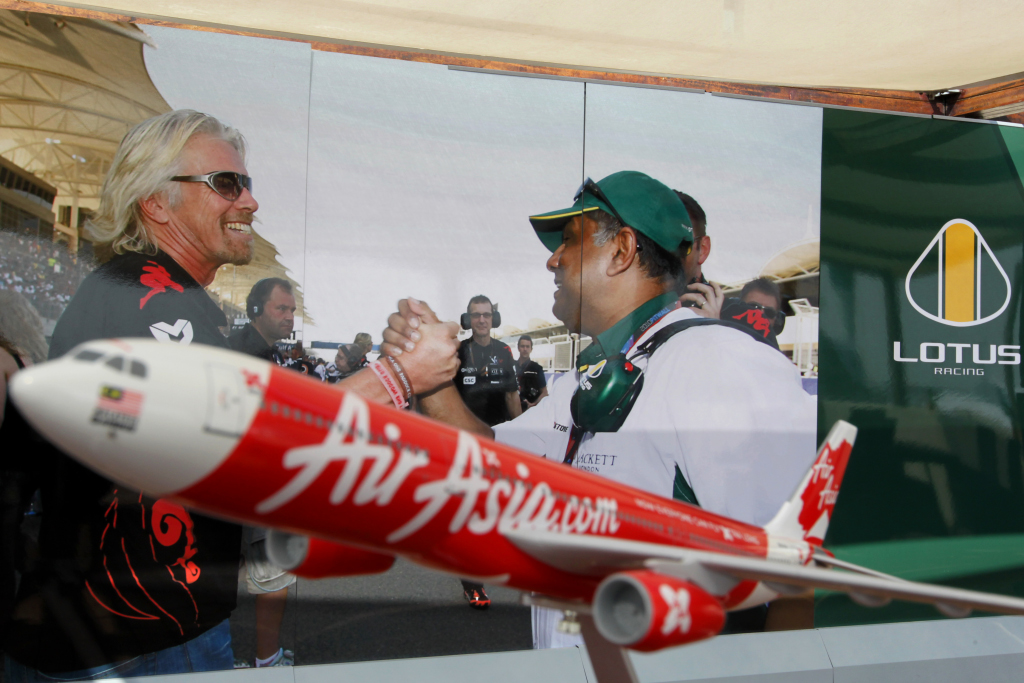 Prior to the start of the 2010 Formula One season, one interesting bet was made between two team bosses. Being that there were no chances in hell that those two teams were ever going to battle for the world title, Virgin's Richard Branson and Lotus' Tony Fernandes beat each other on which team will finish ahead in the aforementioned campaign.

Now that the season is over, we have a winner in the person of Fernandes, whose company AirAsia is supporting the Lotus F1 Racing team. For those of you who don't remember what the bet was all about, we'll remind you that the loser had to fulfill the duties of a stewardess for a whole day on the other's airline.

As you all know, both businessmen own airline companies, Virgin (Branson) and AirAsia (Fernandes). So at the end of the Abu Dhabi Grand Prix, the former was seen with an AirAsia stewardess uniform in his luggage.

On the other hand, Branson already humorously noted on his Twitter account that “Watch out London-KL,” hinting that this will be the flight that will see him play stewardess for the first time in his life.

“The only positive thing is we own 20 per cent of his company so I'll be able to get some promotion for a company I have a stake in,” jokingly added Branson.