5 This 1941 Indian Chief Came Back From the Dead Following a Complete Restoration
Car video reviews:
Coverstory

As predicted, a 2017 Ferrari LaFerrari Aperta with very few miles offered at auction on Bring a Trailer did cause serious waves. It currently holds the record for the most expensive listing – and sale – on the platform.
11 photos

Since only 210 examples of the LaFerrari Aperta were produced between 2016 and 2018, and only 200 of them ever reached customers, the fact that one came up for sale is a rarity on its own. When a 2017 example went up for sale on Bring a Trailer last month, showing just 161 miles (259 km) on the odometer, it was almost a given that it would change hands for a lot of money.

Within minutes of the auction going live, bidding was already intense. A bidding war was expected, and it did not fail to happen, but whatever guesstimates were made about this example’s potential to become the most expensive LaFerrari Aperta ever, they were squashed when the hammer dropped. The final price was $5,360,000.

This makes it the most expensive listing and subsequent sale to go through the online platform, but it falls short of the very special, Rosso Fuoco-painted LaFerrari Aperta that fetched $8.9 million for charity, with proceeds going to organizations like Save the Children. Considering the motivation behind this auction was solely the pleasure of the future owner, $5.3 million is quite an impressive amount.

The buyer goes by Calculator987 and has so far remained impervious to countless questions from fellow bidders and non-bidding watchers. Whatever his plans for the LaFerrari Aperta he just bought, he got himself the very definition of a timeless supercar in impeccable condition and a notable automotive investment.

Powered by a naturally aspirated 6.3-liter V12 paired with an electric motor delivering a total of 950 HP (963 PS), and seven-speed dual-clutch transmission that sends power to the rear wheels, this example is finished in Rosso Corsa. The interior is in contrasting black leather and Alcantara upholstery, with red accents for more dramatic styling. The car was offered with “Attestato per vetture Serie speciali” documentation and paperwork for all the routine and maintenance work done on it under the original owner. 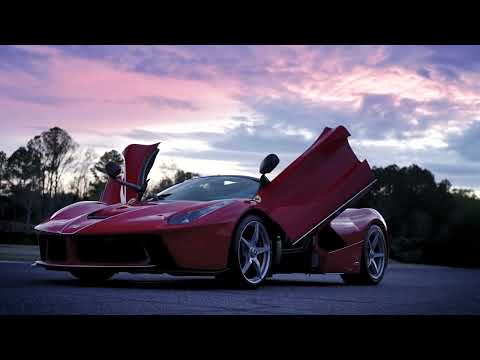