2 Terra Motors e-Trike, the Tuk-Tuk of the Future

3 Lit C-1, a Revolutionary Mix of Motorcycle and Car

Cycle Sounds Adds Music to Any Bike or ATV

One of the things we really missed when it came to electric motorcycles was the actual feeling of the tradition combustion engines' transmission. We've met rather few guys who really liked to ride with no shifting at all, and pretty much the same linear feel from 0 to 100 mph (160 km/h). Well, the new Brammo series are about to change everything...
9 photos

With SMRE Engineering and Brammo entering into a strong strategic partnership and the latter acquiring an exclusive international license for the Integrated Electric Transmission invented and patented by SMRE Engineering, 6-speed electric bikes are now real.

The new Brammo Engage and Encite series will be the first to have the IET technology and of course, a gearbox. Brian Winsmann of Brammo adds: “The IET is a mechatronic propulsion unit that emulates the feeling and performance of a traditional internal combustion engine, with a specially developed electric motor, clutch and gear shift, that enables Brammo motorcycles to accelerate hard from the line up to a high top speed, something that is just not possible to achieve with a single ratio electric motorcycle."

This new approach to riding an electric bike brings back one of the things riders were missing and creates and exceptional ground for future development of even niftier bikes. 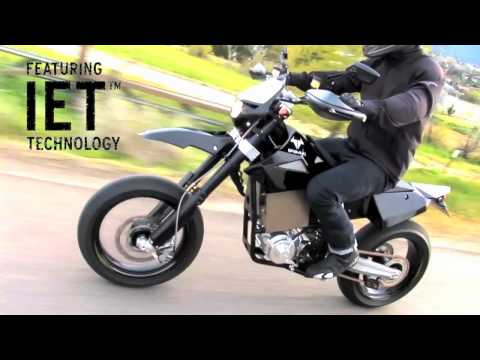