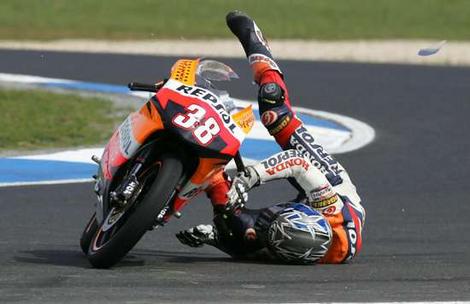 Although there are only two races left in the 125cc MotoGP series, Bradley Smith is willing to do anything is possible to win at least one Grand Prix and pay a tribute to Polaris World Aprilia, a team which the next season's start. Smith joined Polaris last year following the end of the season after he decided to turn down the offer Aspar Aprilia's offer, the same team which already contracted him for the next championship. However, the rider is looking forward to the two last races in Malaysia and Valencia and promises to struggle for a good result as a way of saying “Thank you!” to his current team.

“I feel really gutted for them because they are good people who have spent so much time and effort on my behalf. There is nothing I want more than to win one of the last two remaining grands prix for them to say thank you,” Bradley Smith said according to SportingLife.com.

The British rider also talked about his future, admitting he was a bit shocked that Aspar Aprilia was still interested in him although he turned down his offer last season.

"It's a great compliment and a bit of a surprise to me because being honest, I've not had the best of seasons and I also turned them down at the end of last season. Despite this they kept up their interest in signing me when there are other riders around who are having a better season than me,” the rider commented.

Moreover, Smith unveiled some of his future plans, admitting that he may decide to move to the superior class after the end of the 2009 championship. "I will continue riding in the 125cc class next season but have an option to ride in the 250cc class with them a year later.”

Bradley Smith is currently the 7th in the 125cc World Championship standings, with only 3 poles, 2 second positions and a total of 117 points.