As Brad Pitt's latest sci-fi flick Ad Astra is getting ready to hit theaters across the world, the actor is doing his best to promote it. His efforts include an Earth-to-space call that will see him engage in a QA session with NASA astronaut Nick Hague.
4 photos

According to the American space agency, the discussion between the two will take place at 11:35 a.m. EDT Monday, September 16, and will air live on NASA"s television channel. As per the official details of the discussion, astronaut Nick Hague will answer questions from the actor about "what it’s truly like to live and work in space."

As said, the publicity stunt is needed to promote Pitt's latest movie. NASA has been involved in the development of Ad Astra, having reviewed the script and "provided some of the exciting images and footage for the film, especially of the Moon and Mars."

Nick Hague is the American astronaut that together with his Russian counterpart Aleksey Ovchinin narrowly escaped death in October 2018 when their Soyuz rocket failed.

The mid-flight abort of MS-10 was caused by the first stage of the rocket impacting the second one during separation. The abort took place at an altitude of 50 km (31 miles), and it took the two men nearly 20 minutes of struggling to get the craft back on Earth safely.

The American managed to reach the ISS only five months after the incident, in March 2019.

As for Ad Astra (whose trailer you can see attached below) the movie depicts Roy McBride's (Pitt) quest to find his missing father (Tommy Lee Jones) at the edge of our solar system, on the backdrop of a mysterious cataclysmic event that threatens life on Earth.

The movie, as it is summarized in the trailer, does seem to have an Interstellar feel to it, and we were particularly hyped by the rover chase scenes on what appears to be the surface of the Moon. 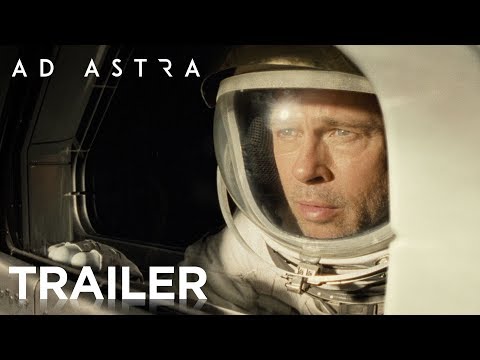