1 Brad and Angelina Drive Their Kids in a Chevrolet Suburban

5 Brad Pitt Helped by Paparazzo in Motorcycle Breakdown
Car video reviews:
Up Next 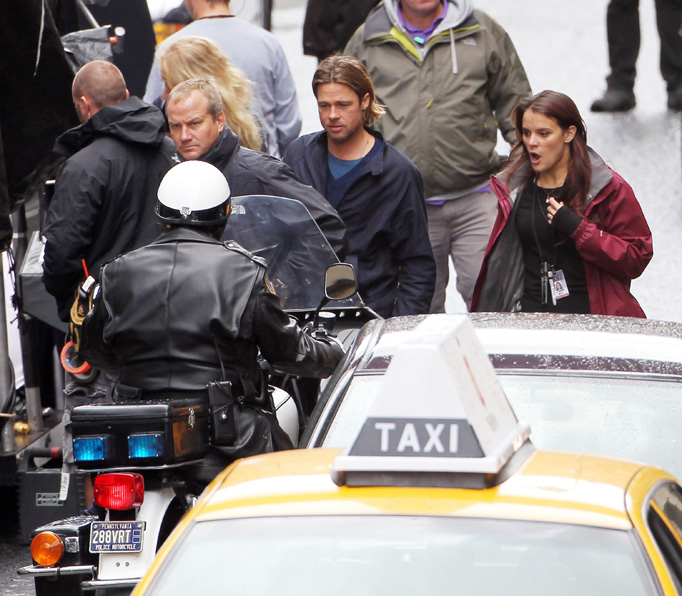 Most people would be happy if their favorite stars would descent in front of their house and be able to get an autograph from them, maybe invite them in for a cafe…let’s not get to carried away. Of course this would sound nice if one problem wouldn’t occur - the parking spaces. Regarding this matter angry motorists are heading straight onto the council to complain. And they have good reasons to back them up.

The main issue is that drivers across the UK are losing their parking spaces while streets and sidewalks are being taken over by film stars with the additional crews. As the Daily Telegraph has revealed, over the last 2 years, 12 councils have gained over GBP250,000(about $412,000) leasing their streets to film studios.

And you could imagine where is the highest demand, of course, in London which is the most desired location for movie makers by far. The problem is yet to be revealed though no council is forced to find replacing spaces for the lost ones, residents are often left with nowhere to park. The scenario is well known as some are discovering that their cars have been towed away in order to make room for trailers.

For example a street in Primrose Hill was shut for five hours in order to film a 10 minute TV advert. The latest parking spot take over was pulled of by Brad Pitt’s World War Z film crew. Furthermore, the council will respond to any complaint about losing parking spaces.