2 Brad Pitt Riding Without Jolie Again
Up Next

More Than 4,000 Vehicles Bought Under CARS 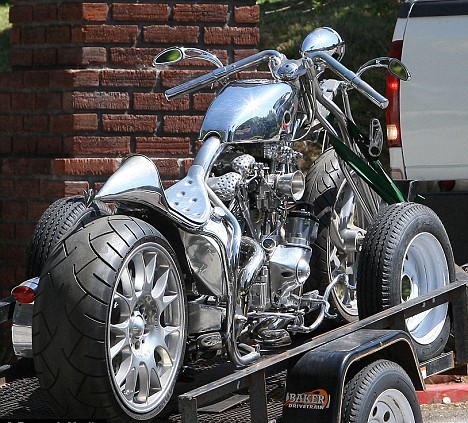 The guy just can’t get enough of the two-wheelers! A new customized chrome bike safely transported on a trailer was recently spotted by the paparazzi as it was delivered to Brad Pitt’s home in Hollywood. The bike really draws attention, but taking a closer look at the picture and seeing the metal seat doesn’t seem so great after all.

How will the 45-year-old actor manage to ride on such a seat, we are more than curious to find out. Well, maybe he’s not feeling anything in his genitals anymore, which should be enough to explain the fact that he is having problems in his relationship with Angelina.

However, what we do know is that this bike will join the other motorcycles that Pitt already owns, including a Ducati Desmosedici RR, a Monster 696 and a selection of Harley-Davidson choppers. What on earth is he doing with all these motorcycles it’s impossible to tell, as we’ve mostly seen him riding only the Custom Bobber bike that broke down on him a couple of weeks ago. 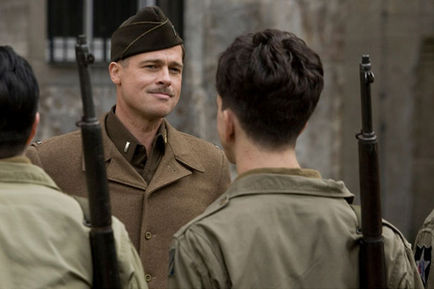 According to the Daily Mail, Pitt once said in an interview that he uses bikes to escape the attention of the paparazzi that are always trying to snap pictures of him. Well, this new bike will sure not help him ride the streets of L.A. unobserved. But since he was helped by a paparazzo who gave him a lift home, maybe Pitt has come to better senses and he is not trying to hide anymore.

Meanwhile, during the bike delivery, Brad was attending a promotional event for his new film Inglourious Basterds, directed by Quentin Tarantino. In this movie, Pitt plays the character of Lt. Aldo Raine, the leader of the Bastards, a group of Jewish-American soldiers chosen specifically to spread fear throughout the Third Reich by scalping and brutally killing Nazis, during World War II.