5 New Pimping Accessories from Brabus
Car video reviews:
Up Next 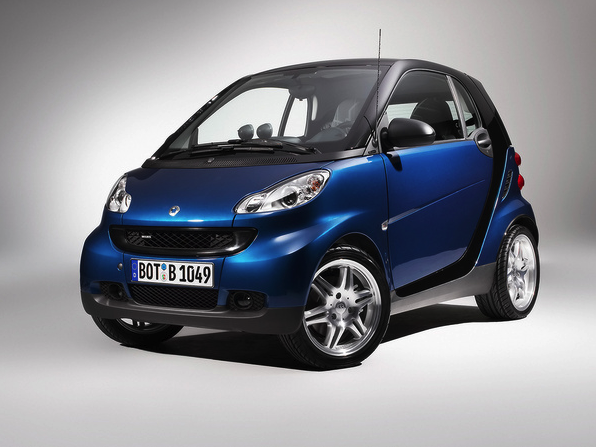 Brabus, the blokes who make a living by tuning Mercedes and any other car that the German manufacturer puts out have already finished pimping the smart fortwo and now are announcing that they'll be releasing it in the U.S. starting with 2009.

But the changes made to the smart are mainly cosmetic which is a sad thing because Brabus had managed a really cool engine tuning that took the stock model from 70 hp to 98 hp and reduced the acceleration time from 13 to 9.9 for the 0 to 60 mph standard.

The changes will be visual, meaning the Brabus body kit and wheels (Monoblock VI alloy model). No, they are not the 22-inch wheels that Brabus just released on the S-Class and CL-Class. For that matter, the smart doesn't have have the bumper LED lights either which is a crying shame if you ask us (rhetorically speaking).

OK, there is another feature on the car, one that is not visual, but it will be unseen by the naked eye: the souped-up suspension system that will help with handling of the car and also lower the overall stance with 15 mm.

But that still doesn't do justice to the car, since its European version comes with the aforementioned engine tuning. This was probably omitted from the American package due to failure to meet emissions regulations. Orders on the smart fortwo start on October 23, but you'll have to wait until February 2009 to get your hands on one.

Those who have a reservation but have not yet configured their cars have been asked to do so beginning with the specified date, though there is not much to configure. The official release says that this offer is available for a limited only, as there is a limited number of smarts being imported to the US.