Guys Pick Up Girls in a Ferrari 458 Spider

Earlier today we showed you a video of the Mercedes-Benz G 63 AMG 6x6 behemoth awaiting all those rich sheiks to step into its sumptuous interior and then straight to sign the purchasing papers.
1 photo
Judging strictly from the footage, there didn't seem to be too much action in or around the car when it was filmed, so we can only guess it was during a press day at the 2013 Dubai Motor Show.

Powered by the same M157, twin-turbocharged V8 engine in the original car, the Brabus version has been obviously tickled by the engineers in Bottrop to deliver no less than 700 hp and 960 Nm (708 lb ft) of torque.

Considering both variants cost around the half a million Euros mark, we kind of winder if most if not all the G 63 AMG 6x6 units will probably be converted by Brabus in the end. 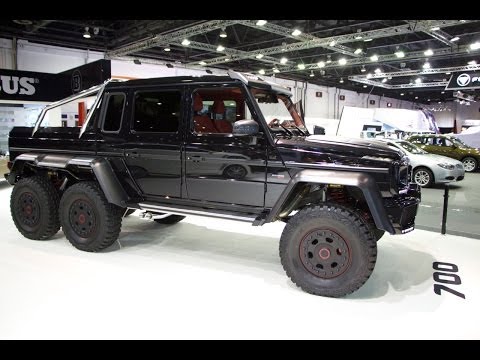