If you are one of those people who have nightmares about being chased by robots, then there’s a good chance this would freak you to insanity.
1 photo
We’re all familiar with the work being conducted at Boston Dynamics. There are two BD robots stealing the spotlight these days, the Atlas and the SpotMini. The former is a humanoid, bipedal machine with no head, while the latter is a dog-shaped one, also with no head.

On May 10th, Boston Dynamics posted a video on Youtube showing the latest development in the Atlas project. It was accompanied by a second one, showing the progress made with the SpotMini.

For Atlas, the warm spring weather meant one of its first outings in the middle of a park somewhere. Once there, it was capable of running without losing its balance, meaning now puny humans have no chance of getting away.

ANd don't think speed is it's only attribute. The machine uses stereo vision, range sensing and other sensors to both understand its surroundings and manipulate objects in its environment.

And if you think the upstairs bedroom might equal an escape, you couldn’t be more wrong. There lies and waits the SpotMini, which can now climb stairs and get you. And if you run, the thing can keep chasing you for up to 90 minutes, after which point its batteries run out.

Aside for the two stars on the Internet, Boston Dynamics is also working on two other projects. The first is called Handle, and is a “robot that combines the rough-terrain capability of legs with the efficiency of wheels.”

The second, called Spot, is a four-legged robot designed for indoor and outdoor operation that preceded the SpotMini.

There have been other projects along the way, including the Cheetah, a machine “a bit faster than Usain Bolt,” and the creepy creature called SandFlea, a small four-wheeler capable of jumping 30 feet (9.1 m) for no reason. 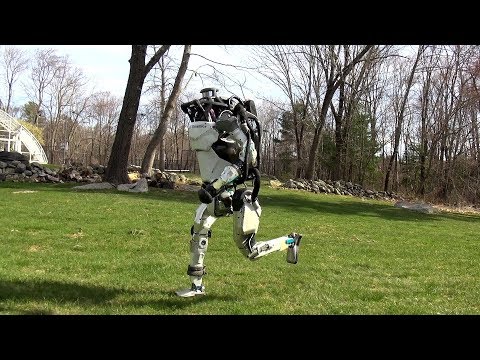 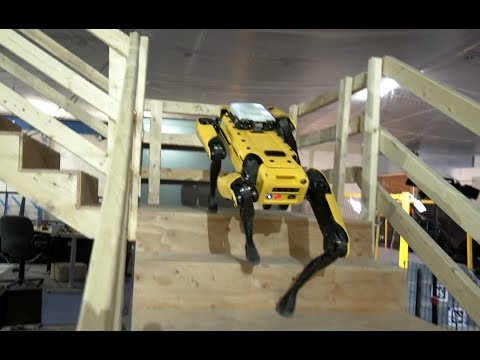