1 This Might Be the Most Customizable E-bike, Offers Unlimited Colors, Is Entirely Handmade

3 Only 50 German-Engineered, 3D Printed MCM EDT Luxury e-Bikes Will Ever Be Produced

Made in the U.K., the Bonc Bike promises long-range and affordability in a minimalist, yet stylish package.

Bonc Bike May Come With a Minimalist Look, But There's More to It Than Meets the Eye

The problem with most e-bikes on the market today is that they tend to be way too bulky for what they have to offer, not to mention the fact that they’re not made for every pocket. It is quite a challenge to find a bicycle with a decent range, a weight that would allow you to pick the bike up without getting a hernia, and a price that won’t break the bank. That’s exactly what Bonc promises to offer with its minimalist electric bike made for the urban rider.

London-based bike manufacturer Bonc recently introduced the Bonc Bike, an electric two-wheeler that offers more than you’d imagine at first glance. With a clean and simple look, the bike looks just like your standard wheeler, but that’s just because the manufacturer was clever enough to hide everything that doesn’t need to be seen.

With an aerospace-grade aluminum frame that weighs 35 lb (15.8 kg), you can easily pick up and carry your Bonc if needed, and still have enough energy to continue riding afterward. The bike is lightweight but also robust and durable, with 100 percent rust protection that makes it suitable for any kind of weather, even endless rainy days in London. It also comes with water-resistant components.

The bike is available in two drivetrain versions: a single-speed and a six-speed option, with the latter being considered an add-on. Two colors are available for now: black and silver. But the manufacturer promises to let its backers choose other colors, too, if the bike hits $600k on Indiegogo, where the bike is currently seeking funding. Bonc has already managed to raise over $530k, with a month left in the campaign, so it’s definitely on the right track with that one. Moreover, you can further customize the bike via a personalized plaque that goes on the frame, which can be engraved with your initials, name, etc. This one is a freebie.

Both the single-speed and six-speed Bonc bikes are equipped with a 36V 7 Ah battery that offers a 15 to 50 mile (24 to 80 km) base range. The charging time of the battery is 2.5 hours. Bonc also offers a way to increase that range by opting for an extra battery, which is designed to look like a water bottle and gets placed in the water bottle holder. This contributes a great deal to the overall look and feel of the bike, making it easier to handle, just like it is the case with standard two-wheelers. The extra battery boosts the range of the bike to 85 miles (136 km), which is perfect for longer weekend rides.

In terms of performance, the Bonc Bike packs a 350W motor, which is silent and offers a top speed of 22 mph (35 kph). There are five power assist levels included.

In addition to masking the extra battery by making it look like a water bottle, Bonc also concealed the main battery of its e-bike by integrating it into the downtube, making it accessible through a flap that also protects the electronics from any environmental hazards. It is also where the power button is placed. Bonc equipped the e-bike with thicker 700x32C tires, to offer more comfort and better control in wetter conditions.

A LED display with Bluetooth is also included to keep tabs on speed, power assist level, battery life, and odometer metrics. You connect the display to the app, which also offers other useful data such as community rankings, a digital NFT certificate proving ownership, and more.

But the biggest strength of the Bonc Bike is the fact that you can benefit from all these features at a decent price. You can get the single-speed version on Indiegogo for approximately $1,300, although you should keep in mind that the six-speed option will cost you extra, and so is the additional battery. The estimated delivery date for the Bonc e-bike is February 2022. 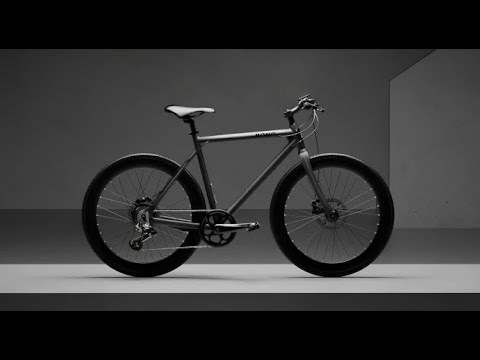