1 Boeing Starliner Will Launch or Fail on May 19, Here’s Where to Watch

4 NASA Is Gearing Up for a Hot 2022, Here Are the Missions Planned for This Year

Boeing Starliner Left the Launch Pad the Wrong Way 10 Months Ago. Here It Is Going Back

Back in August of last year, the Boeing Starliner spaceship, along with the Atlas V rocket it was perched on, left the launch pad. They did not do so the way successful rockets do, shooting straight up, but were carried away like some wounded soldiers for a fix that ended up taking no less than 10 months.
11 photos

It was the second failed attempt of the capsule to prove its worth in a flight that was supposed to take it from the pad to the International Space Station (ISS), where it was to dock, spend some time, and then return to Earth.

The first time it tried, in December 2019, the Starliner reached space, but a software glitch made it believe it was somewhere it was not, and docking did not occur.

Last August’s launch was scrapped because, while still on the pad, the spaceship experienced an unexpected valve position in the propulsion system. Boeing and NASA decided to take it off the ramp and in for repairs, which stretched for no less than 10 months.

For those waiting for the SpaceX Crew Dragon to get a companion in its missions the space, the wait is almost over. The Starliner is scheduled to lift off later today (May 19), in an uncrewed mission kind of improperly called (given how the previous one was not fully completed) Orbital Flight Test-2 (OFT-2),

The rocket carrying the Boeing machine will lift off at 6:54 p.m. EDT and is scheduled to dock with the space station at 7:10 p.m. on Friday, May 20.

Loaded with 500 pounds (227 kg) of cargo and crew supplies, the Starliner recently made the trip to the United Launch Alliance's Space Launch Complex-41, from where it will depart, and so close to the launch Boeing decided to show a timelapse video of the trip. You can watch it below. 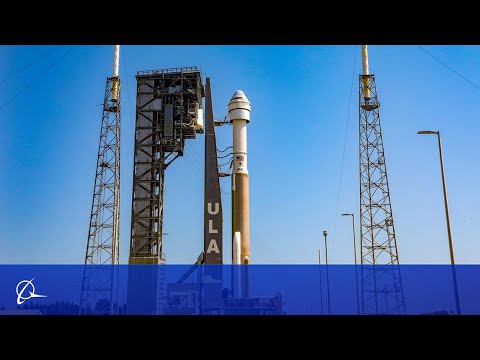