2 After Decades of Service, It's Time for Australia's Aging Classic Hornets to Retire

Canada’s “Future Fighter Capability” project hasn’t been exactly smooth sailing so far. After two of the initial five bidders backed out before the competition even began, an unexpected elimination of one of the top-level participants, namely Boeing, is heating things up once again.
9 photos

It’s not surprising that Canada’s fighter aircraft acquisition program is seen as such an important project, since this is the biggest investment in the Royal Canadian Air Force (RCAF), in over three decades. A total of 88 new advanced fighter jets, plus the associated equipment, training, and maintenance services, are expected to replace the current CF-18 Hornet fleet, under a contract worth up to $14.8 billion (CAD $ 19 billion).

What came as a surprise was the recent official statement from the Canadian government, announcing that Boeing has been eliminated from the competition after the evaluation process was completed. No official reasons were stated, but the “economic impact” and associated costs were stressed. It seems that the FA-18 Super Hornet’s capabilities weren’t questioned, but that financial considerations were more important.

The only players now left in the game are Saab (with the Gripen E) and Lockheed Martin (with the F-35A Lightning II). In just a few weeks, Canada plans to wrap things up, but this could be done through a final competitive stretch, where the two bidders would have to improve their current proposals. After Dassault and Airbus reportedly left the competition because of unfair bias towards American manufacturers, back in 2018, Boeing’s rejection is even more unexpected.

The FA-18 Block III Super Hornet is one of the U.S. Navy’s heavy hitters, claiming to be able to perform “virtually every mission in the tactical spectrum.” Maritime strikes, reconnaissance missions, day/night strikes with precision-guided weapons, and close air support are just some of the upgraded fighter jet’s capabilities.

Canada is set on closing the deal by 2022, with deliveries of the new fighter jets to start in 2025. It’s too early to say how Boeing’s connection to Canada will evolve from this point on, but it will certainly be interesting to follow. 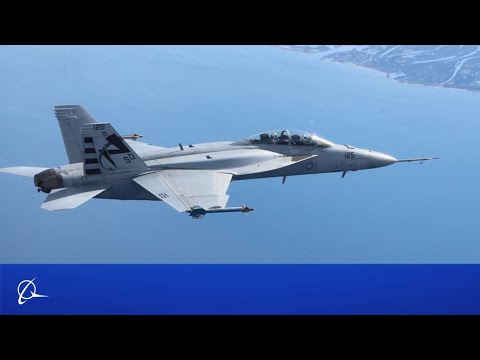