5 Uber and NASA Sign Agreement to Develop the Flying Cars We've Been Promised
Car video reviews:
Up Next

1 photo
Over the past couple of years or maybe even more, an increasing noise can be heard in the background of the  mobility and transportation industries. It’s noise coming from vertical takeoff and landing (VTOL) vehicles being tested by companies like Uber, Audi, Airbus, and Boeing.

These companies and a bunch of others seem determined to have scaled-down aircraft in the air in the not so distant future, acting as short-distance means of transportation for city dwellers. And as the world keeps watching intently the developments in the automotive sector, the VTOL industry is literally taking off nearly unnoticed.

On Thursday, for instance, Boeing announced the successful conclusion of the first test flight for its autonomous passenger air vehicle, or PAV for short.

Conducted in Manassas, Virginia, the test consisted in the aircraft taking off, hovering and then landing without human intervention. The aircraft’s autonomous and its ground control systems were also put through their paces.

"This is what revolution looks like, and it's because of autonomy," said in a statement John Langford, CEO of Aurora Flight Sciences, Boeing’s subsidiary in charge with the project.

Next on the agenda is testing PAV ’s transition phase between vertical and forward-flight modes, the most challenging problem that needs to be solved with this type of aircraft. Forward wing-borne flight will also be tested.

The PAV is a 30 feet (9.14 meters) long machine that took only one year to get from concept to prototype. It uses an unspecified electric propulsion system that gives it a range of up to 50 miles (80.47 km).

This vehicle is not the only autonomous flying machine developed by Boeing. A cargo version of it, called CAV, is also in the works. When ready, it should be capable of carrying up to 500 pounds (226 kg) of freight.

Boeing did not announce when the two VTOLs are supposed to be ready. 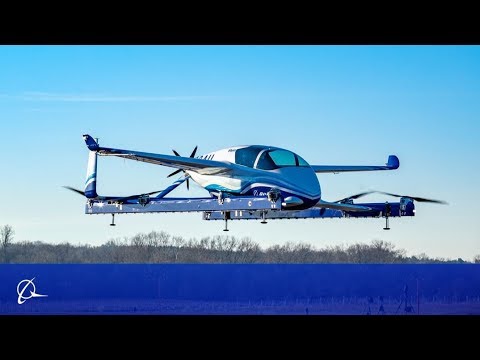