5 BMWs That Will Be Missed: BMW 502
Car video reviews:
Coverstory

Towards the end of 1959, BMW was going through some of the worst periods in its history. Heading for bankruptcy, the company had to develop cheap cars that were also entertaining. Enter the 700, the only rear-engined production car ever made by the Bavarian manufacturer.
6 photos

The car was introduced at the Frankfurt Motor Show in 1959 and soon went viral. The first version of the car was a 2-door coupe with 30 HP coming from the boxer-style, 700cc engine fitted above the rear axle. By today's standard's it doesn't seem like much but for those days it was a benchmark.

The 700's success proved to be essential for BMW's survival and by 1960 over 35,000 units were sold, adding up to 58% of the company's annual revenue. Seeing how popular the 700 was, the propeller badged manufacturer decided to create another model, the 700RS.

This new, roadster-style, model was designed for sporting events only. It had a tubular space frame and an aluminum body that allowed added up to just 600 kg (1,322 lb) and had an improved engine with 70 HP that took it towards top speed of over 200 km/h (125mph). 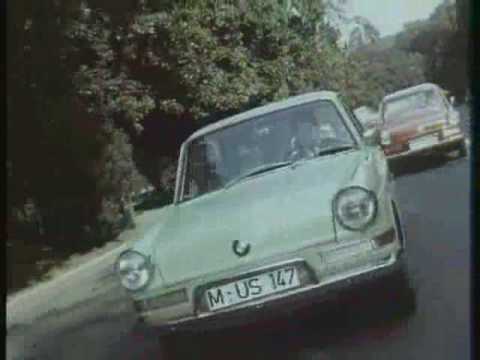