1 BMW X5M, X6M Pricing for the US Released 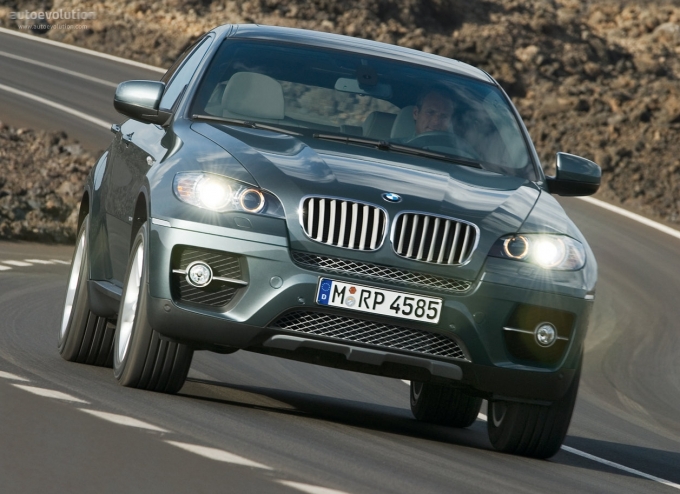 German manufacturer's BMW X6 crossover has proven to be a hit in Australia, despite the fact that the 545 units sold in the ten months the X6 has been present Down Under may look at first deceiving.

Out of the customers which bought the X6 during this time, more than 40 percent of them have been new to the brand, the manufacturer says. When compared with rival Porsche Cayenne, the BMW X6 outsold it by about 20 percent. Of course, BMW goes even further and brags it sell more X6s than the entire Maserati range, stating that both of them are niche vehicles, but we feel that's a bit of a stretch.

"Only the innovative spirit of BMW’s engineers could result in the creation of the X6. It’s a niche that nobody thought existed, until BMW developed a desirable coupe styled SUV, with the handling manners of a sports car,” Tom Noble, BMW marketing manager said.

The X6 is available in Australia in three engine versions, two V6 turbocharged and a V8 twin turbo. According to the manufacturer's figures, 36 percent of X6 customers went for the V6 diesel units, while another 33 percent opted for petrol powered V8s. The rest went for the six cylinder twin turbo petrol engine.

"Australians have embraced the X6 and sales have exceeded our initial expectations. Already we have growing interest in the arrival of the X6 M, later this year,” Noble added.

BMW Australia now awaits the arrival of the BMW X6 M. They say "the X6 M will set a new standard in its class in terms of dynamic performance thanks to supreme acceleration, lateral dynamics, steering behavior, short stopping distances and efficiency." And they hope it will set new standards in sales figures as well.