Gabriel Nica
Following in the footsteps of the ‘original’ Sport Activity Coupe, the X6, it’s not easy for the X4 to adapt and convince people that it has its own identity and purpose.
1 photo
Most people considered this niche BMW created an absolutely ridiculous proposition from the get-go and the X6 never got too much love from the old, traditional aficionados that can’t see past sedans and coupes.

What the SAC managed to do though, is attract new customers, those with a different taste in cars, that simply doesn’t pay attention to criticism. A good 200,000 of them were drawn to the X6 and now, the company released the second iteration of the model.

However, they also thought of the customers that liked that shape but could afford the more upbeat model. We’re talking about people that have similar taste but don’t want their cars to cost $100,000. For them, the X4 was invented.

For the price you’d pay for a loaded 435i you could get an xDrive35i X4 that gets you a lot more space and comfort, and two extra doors. That’s a rough comparison though, as people don’t usually migrate between these two classes.

The guys from Consumer Reports do make a strong case for the X4’s flaws but they also see how it makes sense for the niche it’s being sold in and how for some people it could be the perfect car while for others it’s an atrocity.

Some flaws include the sloping roofline that cuts into the luggage space, the small rear window and the overly detailed iDrive system. Pros cover the brilliant engine, transmission and seats as well as the iDrive system, once again, this time praised for its user friendliness. 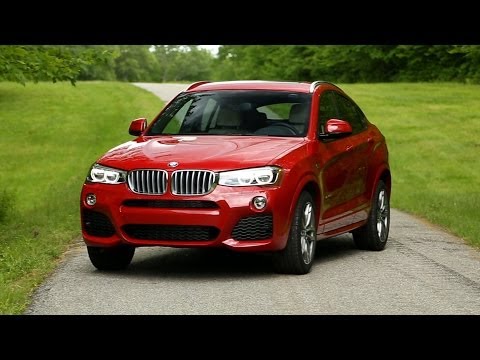