1 BMW-Daimler Cross Ownership Will Not Happen

BMW to Maintain Production Output Until 2012 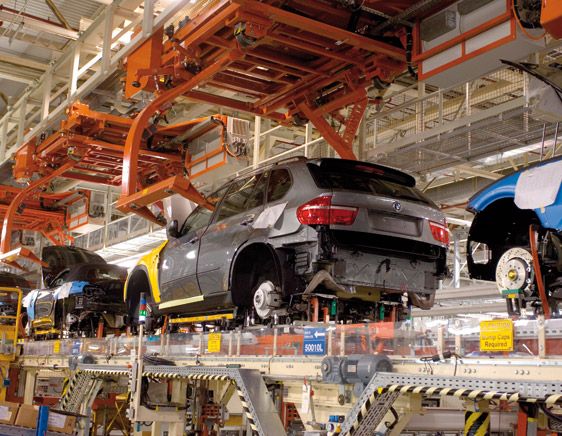 The economic crisis and financial credit decline car manufacturers have to deal with from some time now will not force BMW to scale down its production capability. Norbert Reithofer, BMW CEO, denied the speculation about such a measure in a conference, Autonews reported.

BMW's current installed production capacity is of about 1.5 million units - the figure is for the company's global production network combined. The German manufacturer says it is 'absolutely sure" it will sell about 1.6 million vehicles by 2012.

That figure is well under the initial goal of 1.8 million units by that same time, but this will not stop the company from reaching its financial targets set for 2012. Norbert Reithofer said the base level of volume required for BMW to reach its profitability targets can be achieved by a 26 percent return in capital employed. The EBIT margin for these figures to be reached will have to be at 8-10 percent.

BMW recently tried to cut expenses by expanding the collaboration with rival Daimler. After the proposed 7 percent stake swap was rejected by BMW's Quandt family, the company was left with the agreed cooperation with Daimler.

The CEO's optimism comes from the sales registered in the year the crisis began. 2008 has proven to be the company's second best year in terms of annual sales. The BMW Group sold a total of 1,435,876 BMW, MINI and Rolls-Royce brand vehicles in 2008 compared to 1,500,678 units delivered in the previous year.

"We prepared ourselves early on and swiftly for severe business conditions, for example by taking immediate steps to bring production volumes into line with lower demand, and thus enabling us to further optimize working capital. This is also reflected in reduced inventory levels", said the CEO a few days ago.