Diesel car sales in Europe are falling, and with them the small market share occupied by performance-oriented oil burners is also shrinking.

These hot diesels aren’t bad or boring cars, but they were never the most sought after performance cars. And there weren’t that many of them to begin with - Audi, VW, Jaguar, Mercedes, Porsche, Maserati and BMW all tried their hand at trying to sell such vehicles, but they never matched the popularity of their gasoline drinking counterparts.

Buyers always preferred, say, the Golf GTI over the similar price diesel-burning Golf GTD, even though the latter had more torque, was more efficient, and on the move it almost matched the GTI for pace.

This has a lot to do with the drama of the power delivery - a diesel slams you in the back with torque low down, but then peters out towards the top end, while a gasoline engine will pull in a much more linear fashion all the way to the red line. This makes a gas engined car more exciting.


Regardless, some manufacturers have stuck with the idea of making performance-minded diesel cars, even in the face of waning oil burner popularity in Europe where such engines used to be hugely popular before the advent of Dieselgate. One such manufacturer is BMW, the maker of what has to be the maddest diesel engine ever put in a production car.

We are, of course, talking about the N57 and its successor, the B57. In the latter’s most extreme and powerful guise, when it was equipped with no fewer than four turbochargers, it had a peak output of 394 horsepower and 760 Nm (561 pound-feet) of torque - this is more than even larger V8 diesels and it made all vehicles it equipped remarkably swift; you can recognize the vehicles motivated by this mad mill by their M50d designation. 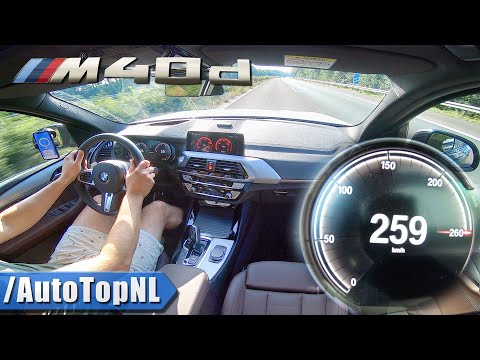 Yet even the slightly less powerful 40d version of the same engine, with 315 horsepower and 680 Nm (501 pound-feet) still bestows whichever car it’s fitted to with super strong straight line surge and the same subdued, yet creamy soundtrack. And since BMW doesn’t put the quad-turbo M50d engine in anything smaller than a 5 Series, the M40d is the pinnacle diesel among its smaller cars.

The thing is, while the Bavarian automaker has made an M340i, with 374 horsepower, capable of sprinting to 100 km/h (62 mph) from standstill in just over 4 seconds, it has never made an M340d, even though some fans of the brand have been demanding it for years.

There was no M340d for the older generation F30 3 Series, and until recently we weren’t expecting BMW’s top brass to change their minds about it, especially since they didn’t do it when diesels were at the peak of their popularity. However, we have just found out that this isn’t the case, and BMW is, in fact, planning to launch its first ever M340d early next year.

BMW Blog quotes an unnamed source in Munich that reportedly confirms an M340d is planned for launch early next year. The model won’t be available as a sedan, though, only as a 3 Series Touring (G21) and, just like the M340i, it will exclusively be paired to xDrive all-wheel drive and an automatic transmission.

This is definitely good news for performance wagon fans (and performance dieself fans alike), but for those who prefer a three-box, car the most powerful 3 Series diesel in the sedan will be the in the 330d, basically the same engine, but in a lower state of tune, making 261 horsepower and 580 Nm (428 pound-feet) of torque. 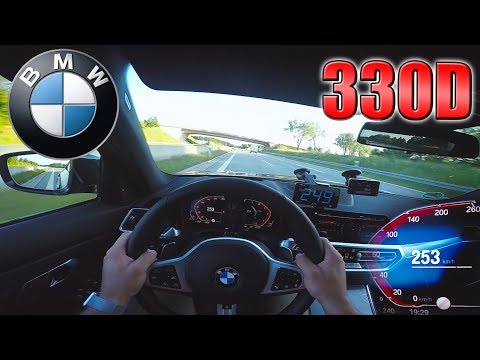 So while this is not great news for sedan lovers, the news that BMW is finally making an M340d in any body style is cause for celebration. If the power output stays the same as it is in the X4 M40d, then the M340d xDrive Touring should be able to sprint to 100 km/h (62 mph) from naught in around (maybe even one tenth under) 4.5 seconds, on to an electronically limited top speed of 250 km/h (155 mph).

Diesels’ main party piece (aside from the massive torque figure) is their low fuel consumption, and if we look at the difference between the X4 with the 30d and M40d powertrains, the latter uses 0.6 l/100km more than the former. Applying the same logic to the BMW 330d Touring that’s already out, that means it will still return a claimed 6 l/100km on the combined cycle.

The fact that a new practical, frugal yet really rapid load lugger is just around the corner can't but engice us. So yes, even if diesel popularity is on the decline, the fact that BMW is making this M340d wagon means there's still a market for such a model - it's a tiny market (that doesn't include the U.S.), but a market nonetheless. BMW won't sell too many of these, so it will end up being quite the unicorn in the not too distant future.