2 2023 BMW M3 Touring Spied, It Even Has Its Production Badges on It

4 BMW M3 Touring Teased Yet Again, It Is Happening This Year

5 Is It Us, or Does This BMW M3 Touring G81 Actually Look Good?
Car video reviews:
Up Next

BMW Spills the Beans on the 2023 M3 Touring's Back End, Looks Like the Perfect RS 4 Cure

Prior to the new-gen BMW M3 Sedan entering production in 2020, the company’s M Division stepped forward announcing that they have greenlit the Touring model too.
16 photos

The news was accompanied by a teaser pic, previewing the back end of the Audi RS 4 Avant and Mercedes-AMG C 63 Estate rival from the Munich auto firm. That digital illustration has so far been used by rendering artists to preview the car, hence the realistic CGIs that have hit the web ever since, in between various spy shots showing prototypes undergoing testing in different environments.

More recently, however, BMW M took to the web to put the spotlight on the 2000 E46 M3 Touring Concept, revealing why such a model didn’t materialize. Development engineer Dirk Hacker and prototype engineer Hans Rahn took it a step further, by partially pulling the cover off the all-new M3 Touring to reveal that sexy back end, stating at the same time that the roof spoiler was created using a 3D printer.

So, what else is new, besides the aerodynamic part added to the top of the tailgate? That would be the muscular bumper, with an aggressive diffuser attached to it. The signature quad exhaust pipes are on deck too, and so are the Y-spoke alloys spinning around the M-branded brake calipers. A tuned chassis, and a punchy engine, as well as front sports seats, exclusive upholstery and trim, and the usual M logos will be included too.

Speaking of the engine, we know that it will use the turbo'd 3.0-liter straight-six, shared with the latest M3 and M4. It will probably develop 503 hp (510 ps / 375 kW) and 479 lb-ft (650 Nm) of torque, identical to the Competition versions of its shorter-roof siblings, and if anything, it might be offered with xDrive rear-biased all-wheel drive and the eight-speed automatic transmission.

The official unveiling date is still unknown, though considering that BMW M has willingly revealed the back end, it will probably debut in a few days or weeks. 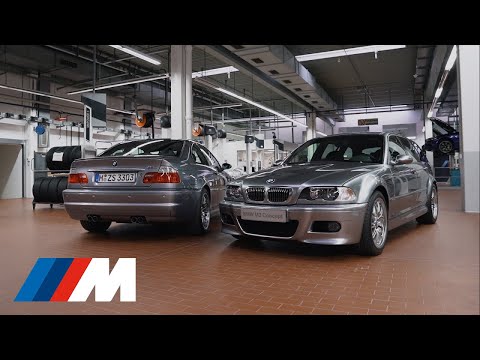