1 BMW Confirmed for 2010 Isle of Man TT
Car video reviews:
Up Next 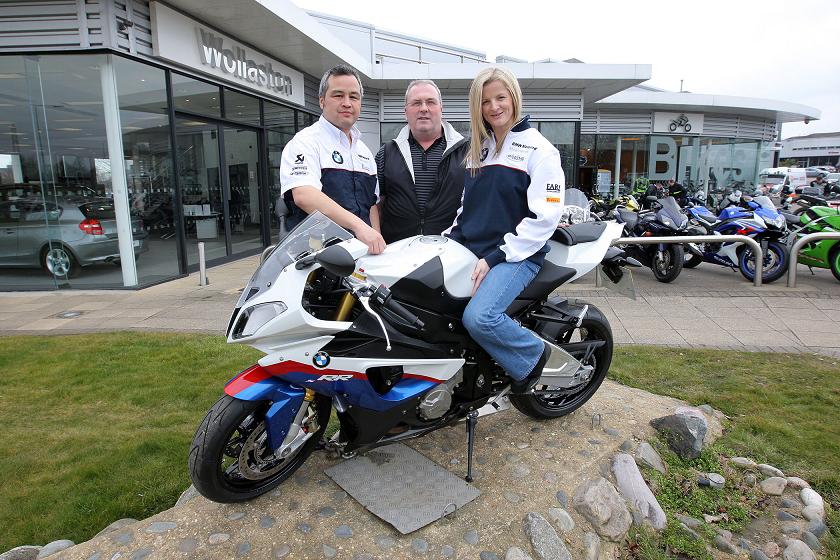 Shortly after the German manufacturer announced it will return to the Isle of Man TT this year, the fastest woman at the TT for the last five years will also be racing a BMW machine at the event. Maria Costello will ride the BMW S 1000 RR in three races at the Isle of Man, the Superstock, Superbike and Senior TT races.

The bike is supplied by Wollaston BMW in Northampton and purchased by her personal sponsor, Tony Morris. The BMW Superbike will also be ridden in both the Superbike and Senior TT races by German Rico Penzkofer, an official test rider for BMW.

“We are always keen to support local racers and we were all very exited at the prospect of Maria challenging at the IoM TT races on our flagship sports bike,” Richard Higgs, Motorcycle Manager at Wollaston BMW, said in a release.

“I know how determined Maria is to grab the lap record back at the TT this year, so when we launched the all new S1000RR I knew this would be a perfect bike for her return to the TT,” added Steve Wong, Sports Bike Specialist at Wollasto BMW.

“It’s a magnificent gesture by Tony to buy the bike for me and I fully intend to repay his faith in me,” Maria Costello said. “The BMW S1000RR has had fantastic reviews and Troy Corser and Ruben Xaus have proved in World Superbikes that the bike is competitive. I think it will make a great TT bike.”

Maria Costello will be attending the TT 2010 Press Launch on the Isle of Man on March 19.