1 Porsche Promotes the Practical Side of Its Sportscars 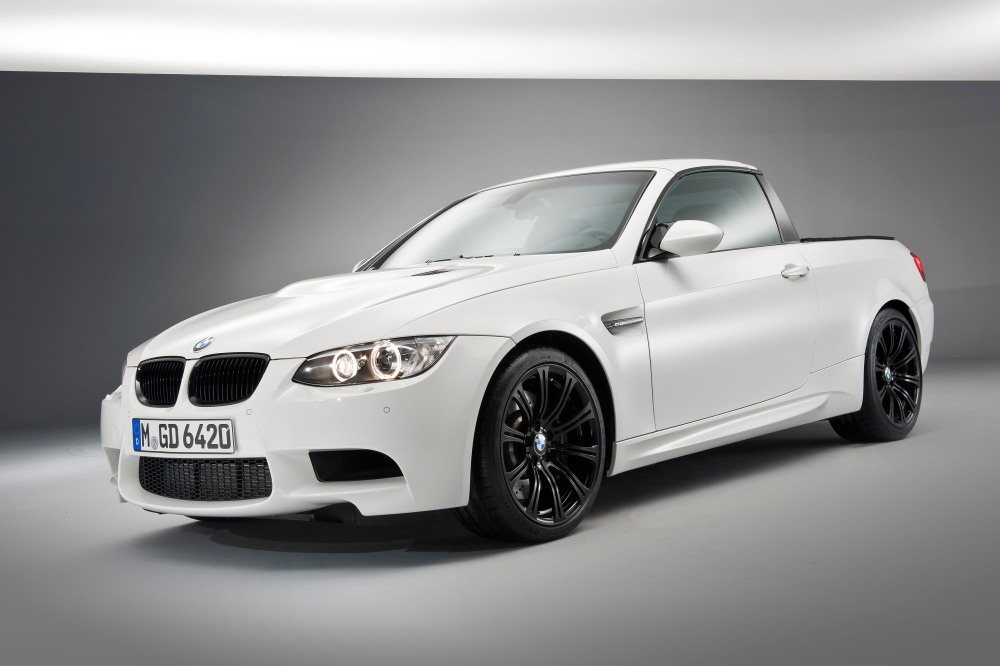 April Fools jokes usually involve phone calls, household appliances or humiliation, but BMW prefers to do thinks using sheet metal, M3 and a lot of money. Unfortunately, we all know this is a joke, but BMW continues to state that this is the forth body style available for the M3, after the coupe, convertible and sedan.

What would really leave us with egg on our faces would be if it were actually true. The only big question remaining is whether the specs that were released are true or not. But we can only take their word on it.

Let’s start with the V8 lump up front, which BMW say produces 420 horsepower... that we can believe. The car’s cd quotient (aerodynamic flow) was the same as the coupe when it was tested in the wind tunnel.

It’s not all power and no handling, as the BMW M3 Pickup has also demonstrated its dynamic potential on the North Loop of the Nurburgring. Official lap times have not yet been released, but the test drivers have reportedly managed to push it to a top speed of 300 km/h, which is about 186 mph. Impressive stuff!

We know that German engineers are very serious by nature, so we can believe that the pickup is 50 kg lighter than the convertible version of the car, while removing the Targa roof shaves off a further 20 kg and lowers the car’s center of gravity. They even took the time to make it road-legal, but it will probably be a one off that never makes it into production.

All we can do is enjoy the brilliant pictures for now, until some passionate Australian company decides to make the M3 Ute.