1 BMW M5 vs Vauxhall VXR8 Drift Off. Which Is Better?

BMW M5 Competition Package vs Nissan GT-R on the Track

Gabriel Nica
Normal people don’t just pit two so different cars up against each other on a proper track but then, life would be boring without a little madness, right? The guys from EVO took a BMW M5 Competition Package and a Nissan GT-R to the track, to see which is best. Needless to say, there was no surprise by the end of the video.
1 photo
At the start of the video, we do get a couple of hints as to why they were set up against each other but the price tag alone isn’t a good enough reason, if you ask us. Sure they do cost roughly the same but the crowds they appeal to are at opposite ends.

The M5 appeals to that executive that wants to drive a really fast and powerful car that actually says something about himself. It’s a comfortable car when you want it to be but it can also be extremely enjoyable on the track, despite its size. Even so, most of its lifespan will be spent on highways and not on the track.

The GT-R on the other hand is a track beast. It was developed for the track and that’s where it shines. It’s a coupe, as well, so on the practical side, it doesn’t even hold a candle to the M5. It’s also rugged, has a bad interior and it’s nowhere near comfortable. The visibility inside it is terrible and living with one inside the city would never even come close to the M5 in terms of.... well, anything! Get it on the track and it will blow your mind, though.

The problem is Nissan made it so good, it feels rather artificial. Just as the tester said, it’s easy to drive it hard because it has plenty of traction, power, downforce and everything you need. It will get you from point to point extremely fast but you’ll be just too serious while going at it. It’s like a precision tool.

On the other hand, the BMW will get you involved. You’ll have to struggle to keep that rear end in check and maybe even post an honorable time after you’re done. But the M5 isn’t about that but about the experience as you go down the track. It’s offering you involvement, it keeps you alert and on your toes, being capable of breaking traction as soon as you set your foot on the accelerator. It’s madness!

In the end, the GT-R clearly wins the race but loses on the driver involvement department and those two things are what matter most when shopping for such a car. What would you choose? 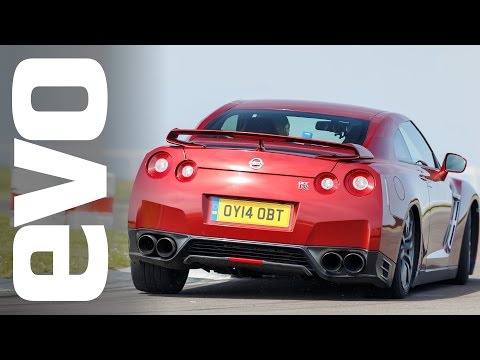