5 Drag Racing a BMW M4 in Munich
Car video reviews:
Up Next

Ever since the new prodigy kid from BMW was launched, everyone wanted to know what the inline-6 powerplant under its bonnet was capable of. The new M4 is the first one to use a turbocharged engine, not to mention it's a whole lot lighter than before.
1 photo
It was a bit of a shock, especially when you think that this is a 3-liter inline 6-cylinder biturbo engine and that before we had a 4-liter V8 atmospheric one that sounded marvelous. However, the extra 150 Nm (110 lb-ft) of torque make a huge difference anywhere you go.

Whether you’re driving to the supermarket or drag racing a Lamborghini, those numbers will come in handy. Oh, you noticed the Lambo name? Well, the video below is definitely not what you’d expect.

In it we get to watch a stock BMW M4 drag racing a Lamborghini Gallardo Super Trofeo Stradale. What that means is that the Italian is a beefed up version of the regular Gallardo. It’s like a bull on steroids.

On the other hand the BMW has only 431 HP and 550 Nm (406 lb-ft) in stock guise to count on while the weight isn’t really helping out either, the lightest possible model tipping the scale at 1,480 kg (3,262 lbs). However, this is a model fitted with a 7-speed DCT gearbox and that means it’s easily going over 1.5 tons. 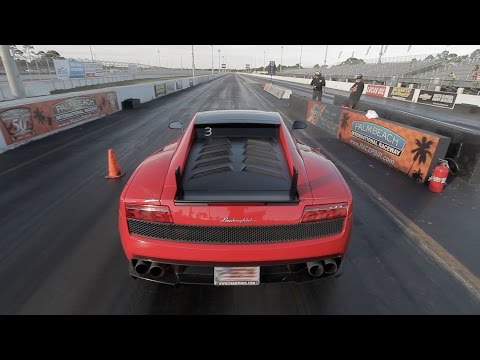