3 BMW M2 CS Shows Up on Nurburgring, Will Debut This Fall

4 BMW M2 CS Shows Up at Nurburgring, Out for Porsche 718 Cayman GT4 Blood

Get Ready for the All-Electric Long-Haul Truck

At the beginning of November, the Motorsport division of BMW introduced the M2 CS Racing, the newest entry-level racer intended for less experienced teams and drivers. On Friday, December 6, the car will be shown live in front of customers, but a select group of people got to see it already.
94 photos

On Thursday, the M2 CS Racing made its competition debut not on a real track, but in the virtual world of racing games. As the German hosted in Munich its first-ever sim racing event, the CS was put through its virtual paces by ten players, challenged to duels by ten BMW works drivers. As the competition raged, a real M2 CS was on the floor for inspiration.

Based on the M2 CS shown last month, the Racing is powered by the same 3.0-liters six-cylinder in-line gasoline engine boosted by the M TwinPower Turbo. The engine develops between 280 and 365 hp, depending on classification, but an upgrade package that can take it up to 450 hp is in development.

Back to the event that brought the Racing back into the spotlight, the competition had a very tangible prize for the winner. Unfortunately, we’re not talking about the car itself, as we’ve seen during other eSports events, but a cheque for €10,000. It was won by American Mitchell deJong of VRS Coanda Simsport.

Ironically, although the M2 CS was raced in the rFactor2 game, the winner did not drive this car, but an M8 GTE.

“The fact that we launched a real and a virtual race car – the BMW M2 CS Racing – simultaneously for the first time just goes to show how important the greater involvement in sim racing is to us,” said in a statement BMW Group Motorsport Director Jens Marquardt.

“It is fantastic to be able to bring our works drivers together with sim pros, our fans and representatives of the media. This kind of thing is only possible in a virtual world.” 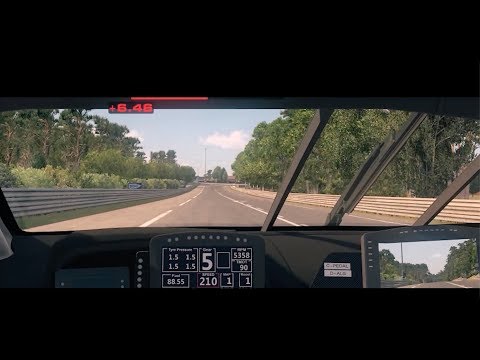