iheartradio for Toyota in 2011 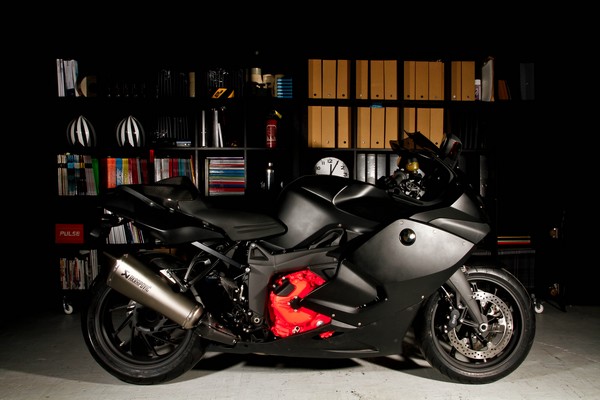 A recipe that never fails when it comes to customizing vehicles: using matte black paint and carbon fiber. The same treatment has been applied by the French artist Jeremy Taltaud from L’Ecurie to the BMW K 1300 S bike, resulting in a motorized fetish of the German sportsbike.

As you can see in the adjacent images, the BMW K 1300 S has its every surface covered in matte black paint, with carbon fiber components and its engine painted in bright red, looking like a volcano ready to erupt.

The optimized exhaust system comes with an Akrapovic sporting slip-on muffler made of titanium and featuring a carbon cover, electronically controlled flap management, plus a fully controlled three-way catalytic converter.

The bike can optionally be fitted with an ASC (Anti-Spin Control) function that prevents the rear wheel from spinning during acceleration, using the sensors of the motorcycle’s ABS system.