2 NHTSA's Changing the NCAP, New Cars Won't All Be Getting Five Stars Anymore

3 Tests Show That AEB Systems Work, but Do Not Bet on Them After Dusk

4 Euro NCAP Reveals Its Top Performers in 2021, Aka the Safest Cars They Tested Last Year

5 Tesla Autopilot Is Authoritarian, Gets Slammed by Euro NCAP
Car video reviews:
Up Next

This 1965 Ford Mustang Has Been Collecting Dust for Too Long, V8 Muscle Up in Top Shape

BMW i4 Disappointed in the Latest EuroNCAP Test Round, and Here Is Why

The European safety organization EuroNCAP has awarded some controversial ratings in the past and will probably keep doing so. In the latest round of tests, EuroNCAP rated the electric BMW i4 with only four stars out of five. It might not seem like much, but in this segment, any score different from the maximum five stars is a disaster.
8 photos

We’re not sure to what degree crashworthiness scores influence people’s decisions when buying a car. Still, in Europe, EuroNCAP results are a big deal. Anything less than a five-star rating is considered a failure, especially in the upper echelon of premium sedans. Nevertheless, despite the overall result, the BMW i4’s score was far from disastrous. In fact, we looked twice to find the flaws in the car’s assessment.

Reading through the test’s conclusions, we can see EuroNCAP has many positive things to say about the BMW i4’s safety. Passive safety, in particular, is top-notch, with good protection offered to passengers front and rear, adults and children, in the case of various crash types. The European safety organization was less impressed with the cars’ assistance systems, though.

One of the reasons would be derived from sharing the platform with the BMW 3 Series. This means it uses the same sensor set as the older ICE sedan, missing out on some critical crash avoidance systems. This is why EuroNCAP awarded the BMW i4 with a 64% rating in the Safety Assist department and 71% in the Vulnerable Road Users category.

That’s not to say that EuroNCAP did not praise i4’s automatic emergency braking system (AEB) or other systems. It’s just that the Emergency Lane Keeping performance was only rated Marginal, so the Bavarian electric sedan scored 1.8 points out of 4 in this department. It also lost some points in the Occupant Status Monitoring and the AEB Car-to-Car.

EuroNCAP also tested the Alfa Romeo Tonale, Kia Sportage, Cupra Born, and the Mercedes T-Class. All of them were awarded the maximum five-star rating. The only other car with a four-star rating was the Toyota Aygo X supermini, a budget car small enough to be parked in the trunk of the BMW i4. 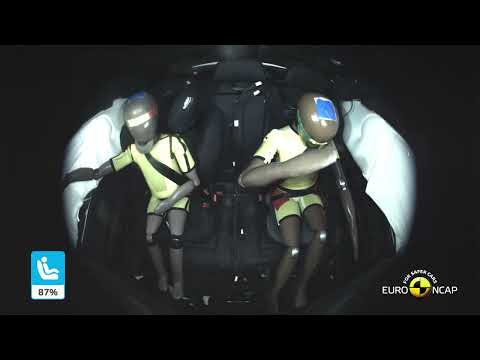