1 2013 Bimmerfest In Motion Presented by EAS

5 Vossen Equipped BMW Needed at Bimmerfest
Up Next

Gabriel Nica
Most people tend to forget that before building all these crazy good cars BMW used to build airplanes and motorcycles for a living. Actually, during some hard times around the 2 biggest conflagrations in the history of man kind they even mad pots and pans.
1 photo
The recent Concorso d'Eleganza Villa d'Este brought together some of the most beautiful car classics in the world, along with some new, refreshing concepts like the BMW Pininfarina Gran Lusso Coupe, a V12 monster with beautiful curves.

How can you stand out at such a majestic display of elegance and style? Well, going back to your roots seems to be the answer for BMW. They created a light show using a Klemm L25 airplane with a BMW radial engine that had the company's badge projected on its propeller.

That's actually how some people claim that the BMW Group got its logo, being inspired by the movement of an aircraft propeller with the white blades cutting through a blue sky. 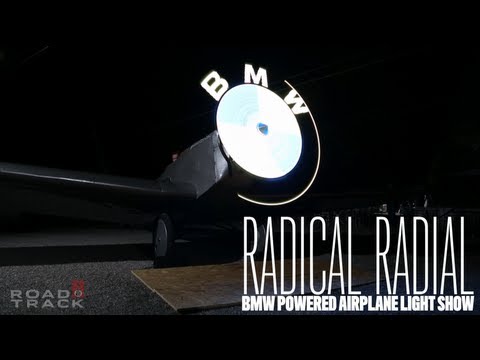