5 Active Autowerke Releases Custom Exhaust for BMW 328i
Car video reviews:
Up Next

The guys from MotorTrend set out to prove a point and they did it in their own way. They wanted to prove just how important you car's tires are. Picking the right set is a troubling issue but it could also make a big difference.
1 photo
The crew took a Ford Mustang V6, a BMW F30 328i and a Subaru BRZ and pitted them against each other. This was the obvious pick, as they wanted cars that are similar in performance.

All of the 3 models were driven by Randy Probst first on stock tires, then a mild mix of stock and race tires and ultimately on tires that came really close to what would be used on a proper track.

The results were more than obvious. All cars showed similar performances depending on the tires used and the differences between tire sets were impressive. However, we think, this is not the perfect comparison.

To have the best and most relevant results, we think they should've used the same tires on all cars. Unfortunately, 9 sets of different tires were used, therefore altering the results.

From a PR point of view, we get the fact that they wanted to get through as many tires as possible but in order to also prove which car is the best, they should've used the same tires on all of them. Either way, the video is still pretty interesting to watch. Enjoy! 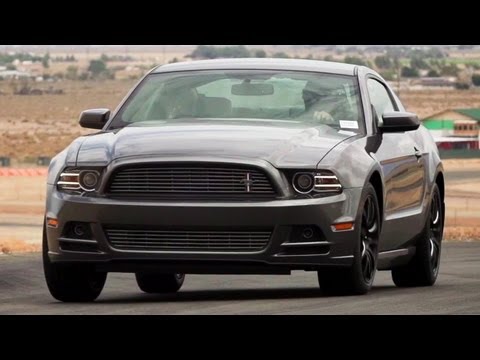