After covering the new BMW X5 we can now show you the top-of-the-line model built on the new F15 platform, the X5M.
8 photos

Being so heavily camouflaged, you might ask yourself how can one know that we're looking at the X5M and not an ordinary Bimmer X5. Well, the fact that its a BMW SUV and its being tested on the Nurburgring might not be enough but, the fact that the car has 4 exhaust pipes, sounds so good and is fast as hell, might convince you.

Judging by the way the car moves, the new X5M will retain the same S63 4.4-liter engine that powers today's X5M, the improvements on sportiness and performance being brought by the lighter chassis and maybe some fine engine tuning.

Surely the new model will be true to the legacy left by the one before it and will retain the 4 wheel drive system and the huge amount of torque, making it a surprisingly sporty and comfortable SUV. 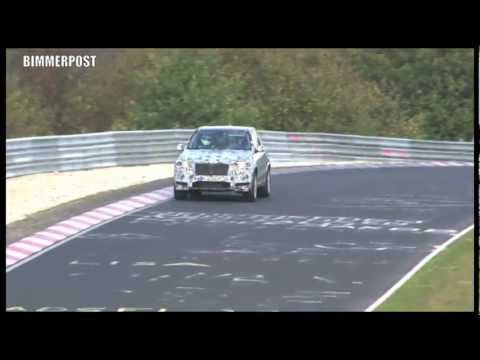